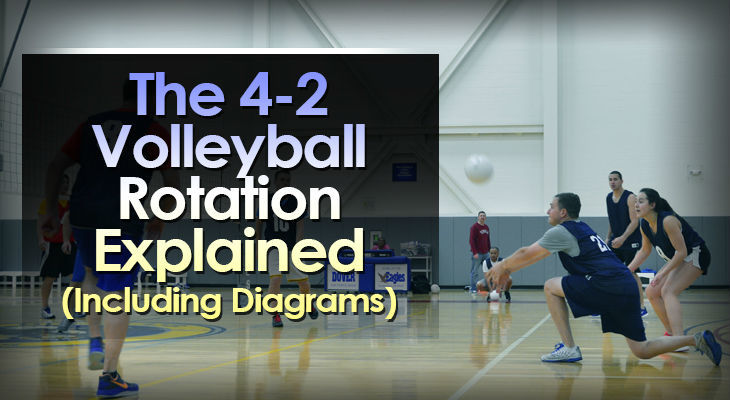 The 4-2 Volleyball Rotation Explained (Including Diagrams)

There are three rotations most widely used throughout the sport:

In higher level competition, the 5-1 is likely the most common to be seen.

It involves five hitters and one setter who sets for the entire game. It provides flexibility and variety both offensively and defensively.

Next most commonly seen is the 6-2.

It allows for six hitters, and two setters. The setter in the back row of the rotation is the active setter while the setter in the front row becomes a hitter. This allows for the strongest players to be on the court and effective.

Finally, and probably least commonly seen in competition, is the 4-2 volleyball rotation.

And as you can probably guess, the setters never hit in this formation – at least not by design. 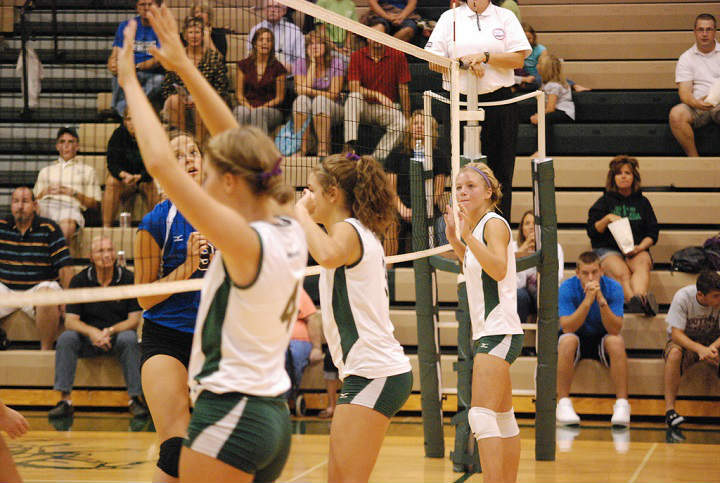 The 4-2 rotation lends itself to a team that is either new to each other or new to competitive team volleyball, as it’s widely considered the simplest rotation to implement.

There are a number of advantages the 4-2 rotation provides a team:

1. There are always two attackers and one setter in the front row

This allows for the 'active' setter, the setter in the front row, to be close to the ideal setting position (front right of center) at all times.

With only two attacking options, it’s very simple for the setter to make a decision regarding where to set the ball.

2. Serve receive is easier to implement

In most serve receive rotations, there can be five players available to help on the first pass.

This ensures the opportunity for a quality pass throughout the rotation.

Alternatively, the attackers can be placed in a position to attack immediately by leaving them pushed forward on serve receive.

This gives the 4-2 rotation some inherent flexibility.

3. Eliminates a lot of decision making

All passes should go to the exact same place as the setter is always in the front row and accessible to their 'spot' front right of center.

The back-row rotations are also very simple and consistent.

Players can switch after the serve to a position they are more comfortable defending in or they can simply stay in rotating order throughout. With only two hitters in the front row, any switching is very straightforward.

Generally, players simply start in rotating order with the setter as close to their position as possible. As soon as the service is struck, they can immediately report to their attacking positions.

The setter is faced with only two attacking options, thus eliminating a third choice from their decision-making process.

With a front row setter and only two hitting, there are always three players covering on defense.

This allows for greater court coverage to dig spikes and creates better passing.

This aspect, again, is ideal for a beginning level squad as the hits from the opponent are usually not very aggressive.

Drawbacks to Using the 4-2 Rotation

There are some obvious drawbacks to the 4-2 rotation that should be considered before implementation...

If playing against a higher level of competition, the 4-2 is very predictable.

With the setter always in the front row and rarely hitting, blocking the 4-2 offense becomes much easier than against other rotations.

There are only two places the ball could go and they are often very close to each other.

Without a third attacking option from the front, the block can diagnose and set up quickly.

Obviously, a back-row attack is possible, but this does not factor into the strategy from a blocking stand point.

Any attack from the setter will typically be a “dink” or “dump”, which is typically only effective as a surprise as it’s not a forceful shot. 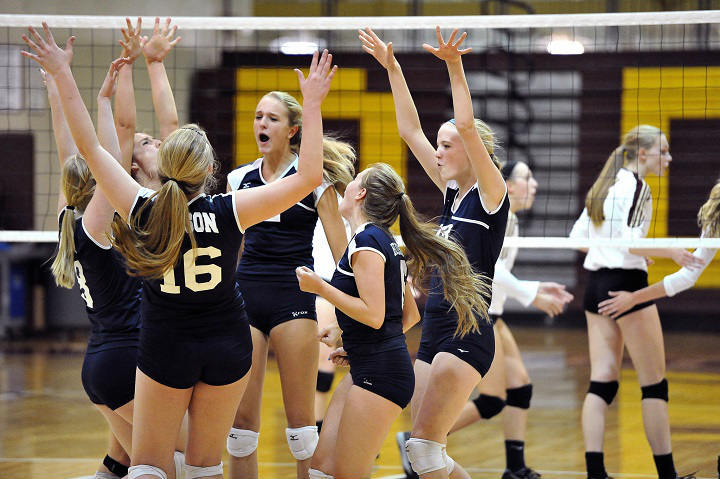 Basics of the 4-2 Volleyball Rotation

The overwhelming theme of the 4-2 rotation is its simplicity.

It’s easy to learn, easy to follow, and easy to implement strategies from.

There are a few basic things to keep in mind when running the 4-2 rotation...

a. All passes go right of center

The setter should always operate from this position.

There is simply no reason for a setter to be caught out of position when utilizing the 4-2 rotation.  They should always be in the front row and near their ideal spot.

This is one reasons the 4-2 is so advantageous to a setter still learning the ropes of the role.

Having the setter set from the right of center position also allows the two offensive attackers to run different plays (for example, middle sliding toward the weak side to hit).

This will allow for some offensive unpredictability in an otherwise predictable offense.

Another way to add variety is to have a setter who is comfortable dumping the ball over the net on the second hit. Obviously, this is not a vicious attack, but it does allow for another aspect to be considered by the opposing defense.

b. The setter should always be prepared to set back row

With the lack of a third attacking option up front, it is vital to use the “10” or back-row attack as an outlet.

This may come up if hitters are caught out of position after a defensive play or if the opponent block is set to obviously take away both hitters.

At the very least, the back-row attack can be effective to get the ball over the net in a desperate situation.

c. Use the two front row players as passing options

If a 4-2 rotation is being implemented with a very new volleyball team still learning the basics, it can be advantageous to utilize the two front row players as passing options as well.

If playing against a weak offensive team, or a team who rarely spikes the ball, the typical blockers should drop off to play defense and cover the court more effectively.

This allows for five passers and a setter at the net.

Obviously, this can only be used against a team that truly struggles to hit the ball with any pace. Otherwise, the front row should block accordingly. 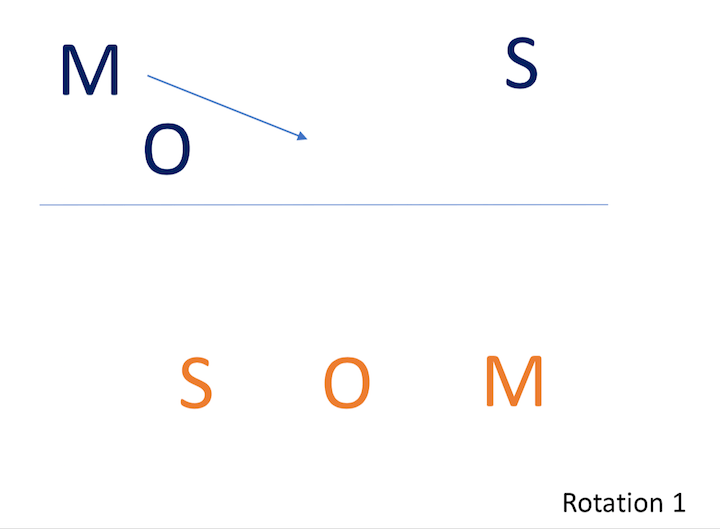 The first rotation puts the active setter in the front right position which is a great position to set.

In the 4-2 volleyball rotation, the goal is to always have the setter as close to their front right position as possible.

Rotation one also has the back-row setter opposite the active setter in back left position.

Ideally in the 4-2, all three back-row positions are opposite their front-row counterparts.

Again, this allows for the setter to stay as close as possible to their ideal setting position, which is the ultimate goal of the beginner-friendly 4-2 rotation. 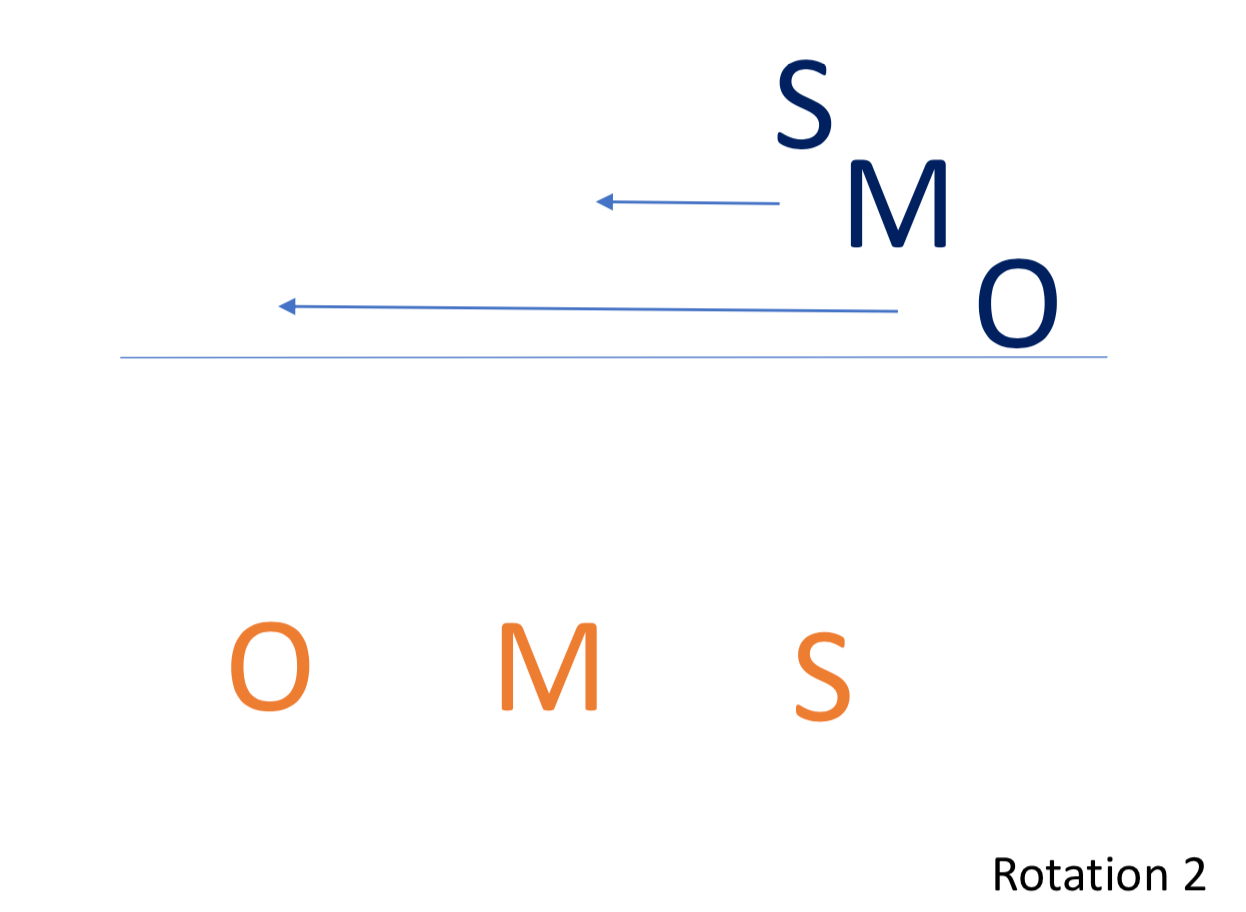 Rotation two puts the back-row setter into the front row and sends the first active setter back.

Since the goal is to get the setter to their ideal position, the new setter pushes the middle and outside hitters all the way over to the right sideline.

While this can be limiting for the hitters in this rotation on the first attack, it accomplishes the outcome of the setter being ready to set immediately with little to no movement.

The reasoning for putting the middle “following” the outside hitter is revealed in this rotation.

In most cases, the outside hitter will stay to hit weak side on the first attack and then slide left to their ideal position defensively.

This allows for them to be more prepared to attack on the first pass. 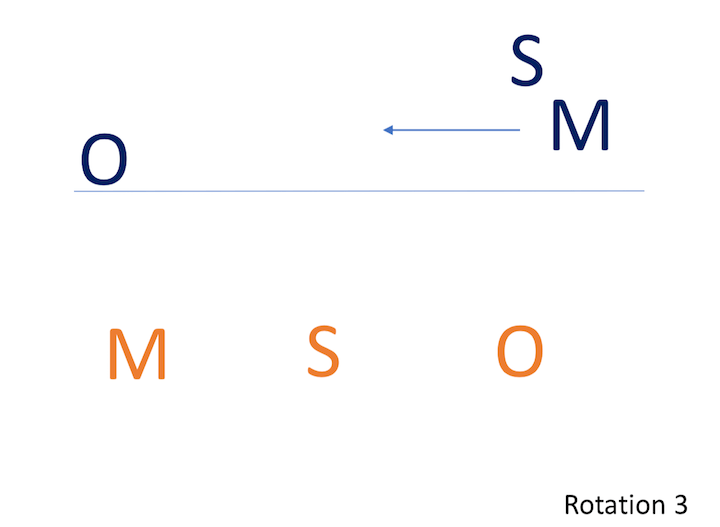 Rotation three puts the offense in a very advantageous position.

A new hitter has now entered the front row, putting them in their ideal left front position.

The middle is now able to stay just right of the center, which puts them in position to slide left immediately following the serve.

The setter stays put allowing them to be prepared for the set immediately. 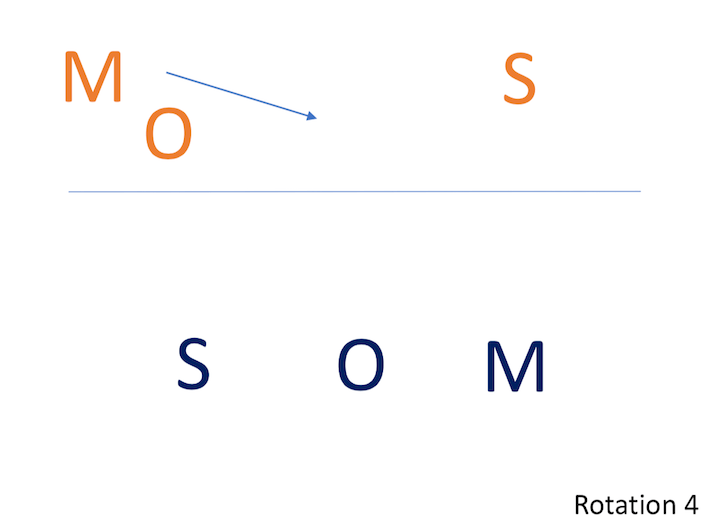 The simplicity of the 4-2 volleyball rotation comes to life with rotations four, five, and six.

These rotations are identical to rotations one, two, and three, just with the players switched with their counterpart opposite them.

The benefit of the 4-2 to a new team is revealed here.

This rotation is simple to learn and leaves complicated switches out of the equation. 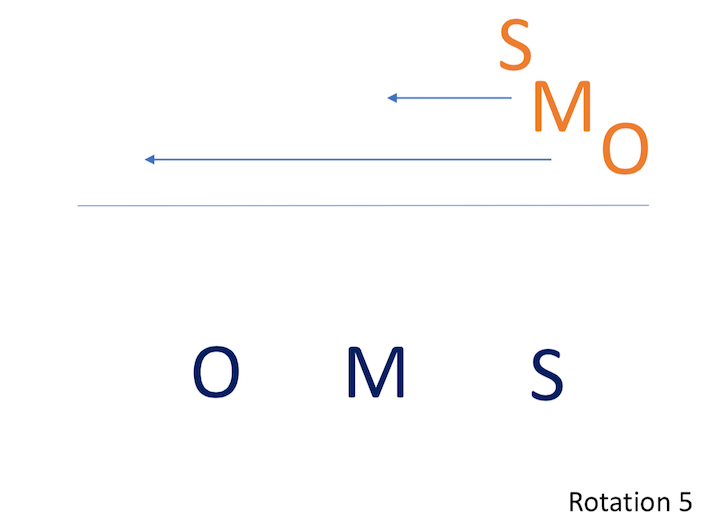 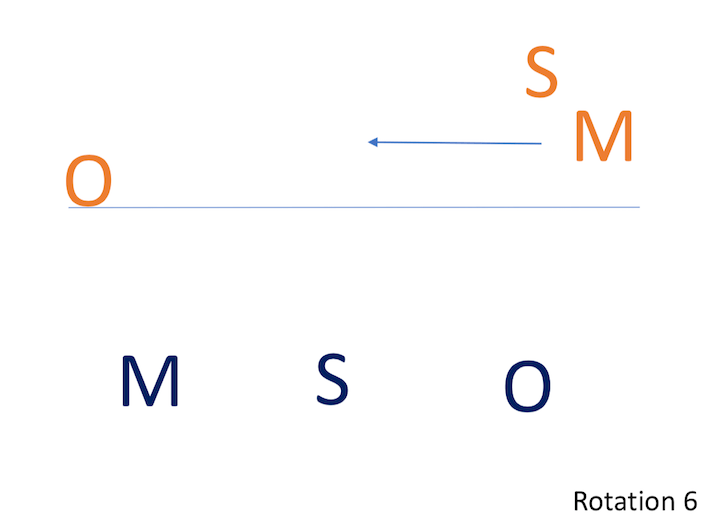 Although the 4-2 volleyball rotation can be defended rather easily, it’s ideal for a team now to the game or each other due to its simplicity.

It allows players time to make solid decisions by eliminating complicated thoughts when they have too many options to consider.

In reality, the 4-2 is most ideal for a lower level of competition.

However, this rotation also gives coaches a great opportunity to introduce principles and mechanics to a group new to volleyball.

It’s an effective rotation that simplifies the game and makes it enjoyable while still maintaining an organized offense and defense.