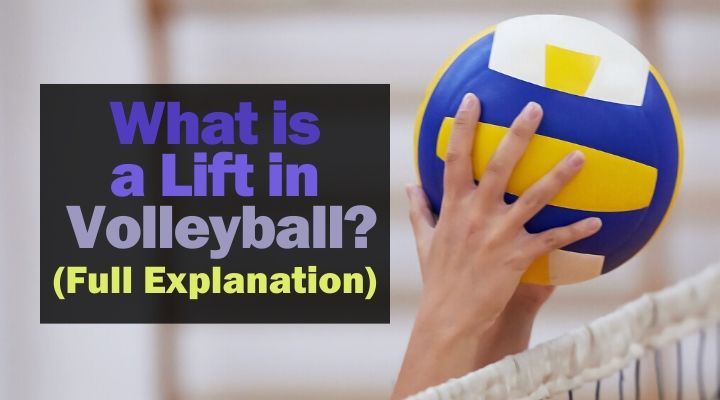 What Is a Lift in Volleyball? (Full Explanation)

One reason we love volleyball so much is that it’s an easy sport to learn.

The basics are getting the ball over the net in three (or fewer) touches in an attempt to outwit, outmatch, and outmuscle the opponent.

Like any competitive sport, the higher the level of play the more intricate the game becomes.

There are some rules and regulations that must be adhered to and are more closely monitored at higher levels.

One such rule is called a lift.

"What is a lift in volleyball?"

The term lift is colloquial as it can also be called a carry or a held ball. All of these terms come directly from rule 9.2.2 in the FIVB rulebook: The ball must not be caught and/or thrown.

A lift is when the ball is caught and/or thrown; it does not rebound from the hit.

The rule makes it illegal to catch and throw the ball rather than moving it with a pass, set, or hit.

If the ball pauses in your hands or part of your body before changing direction, you’ll likely be called for a lift.

While any player can be called for a lift, the violation is most often committed by young setters attempting the delicate finger-setting motion.

Unfortunately, a lift is a subjective call made by the referees.

It’s not nearly as objective as out-of-bounds or illegally touching the net.

Here are some instances where you might see a lift occur in a volleyball match.

This is the least likely moment to see a lift call.

Attacking the ball is defined as a hit that moves that ball toward your opponent.

The FIVB rules do address lifts while attacking:

“During an attack hit, tipping is permitted only if the ball is cleanly hit, and not caught or thrown.”

A lift during an attack likely would occur when a player tries to guide the ball with their fingers rather than a flat hand. Attackers should strike the ball top-down (hitting down on the ball).

Coaches must coach players that any tip or dink should be done with strong, stiff fingers or they should use their knuckles.

Any prolonged swipe that guides the ball will result in a lift violation.

There’s a strategic attack involving a strong tip, of sorts.

This is fine as long as the player isn't guiding the ball drastically.

The ball should be tipped toward the target with one sudden motion. 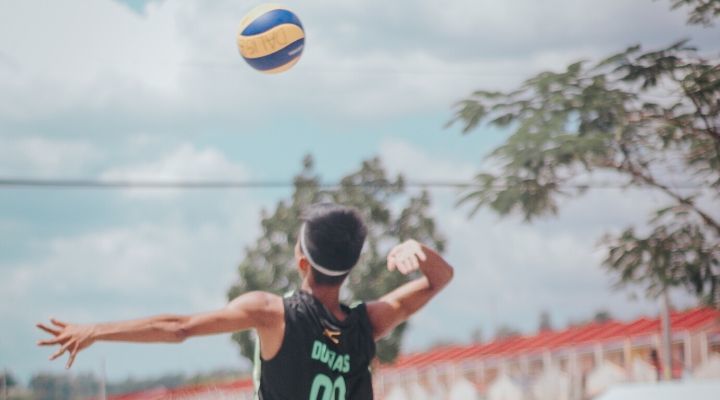 Passing from a platform can present the possibility of a lift call.

This instance of a lift is commonly seen amongst beginners and young players who have a hard time propelling the ball with their legs and passing form.

It’s vital to teach young players to avoid creating a place for the ball to rest in their elbows.

The feet should be square, the platform should be flat, and the legs and shoulders should provide plenty of energy to move the ball where it needs to go.

The set represents the moment when most lifts occur.

It’s almost always committed by a beginner setter or someone attempting to set in relief of the setter.

Soft, smooth hands are important for setters and can “mask” what might otherwise be called a catch and throw.

Referees have the challenging task of watching each set to judge whether a lift is committed.

Admittedly, it’s one of the more difficult calls to get right for volleyball referees, and willingness to call a lift varies between refs.

To avoid a lift, the ball should be set in one in-and-out motion.

The extended time in the setter’s hands will undoubtedly result in a lift violation.

Setters have the advantage of strong wrist, arm, and shoulder muscles.

Focusing on these areas during training can help avoid lift calls associated with weakness.

Instances Where a Lift Would Not Be Called

There are a couple of moments during volleyball matches where it may look like a lift violation has occurred, but it’s not called.

The first such instance is the net battle.

If a player from each team goes to block a ball and they hold the ball above the net together, it’s not considered a lift despite the ball being held from motion.

Play resumes as soon as the ball falls to one side of the net or the other.

Another spawned from the defensive nature of beach volleyball and found its way to the indoor game.

A hard-driven ball that a defensive player reacts to (to protect her face or simply as a natural reaction) isn't called a lift, even if the ball is held for a moment.

You certainly can't catch the ball and throw it to a teammate, but a ball getting “stuck” in your fingertips is rarely called a lift in that scenario.

Being called for a lift can be frustrating and embarrassing.

But it can be avoided by using proper mechanics anytime you’re touching the ball.

Focusing on strength training can also prevent the movements made out of weakness that result in a lift.

Lifts are very uncommon amongst higher-level players because they’ve spent so much time perfecting their volleyball mechanics.

Coaches should emphasize the importance of proper passing and setting forms to avoid experiencing a devastating lift call during a match.