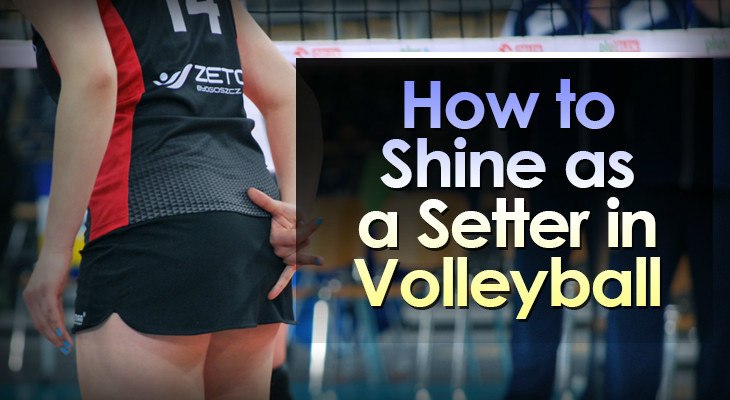 How to Shine as a Setter in Volleyball

The setter position on a volleyball squad is similar to the quarterback in American football.

That’s because the setter essentially runs the show for the team on offence.

Setters, by definition, are responsible for 'setting' the ball to hitters who are best positioned to make kills.

But their role goes far beyond that…

They must also be in constant communication with the coaching staff and teammates.

A good setter touches the ball on virtually every single play. And they dictate the flow and direction of attacks like no other position on the team.

In fact, the setter may be second only to the coaching staff in terms of influencing the game plan and execution.

But while the middle blocker is typically very communicative, the setter is the standout leader on the court.

So clearly, being the brains and main driving force of the team, a lot is required of them. 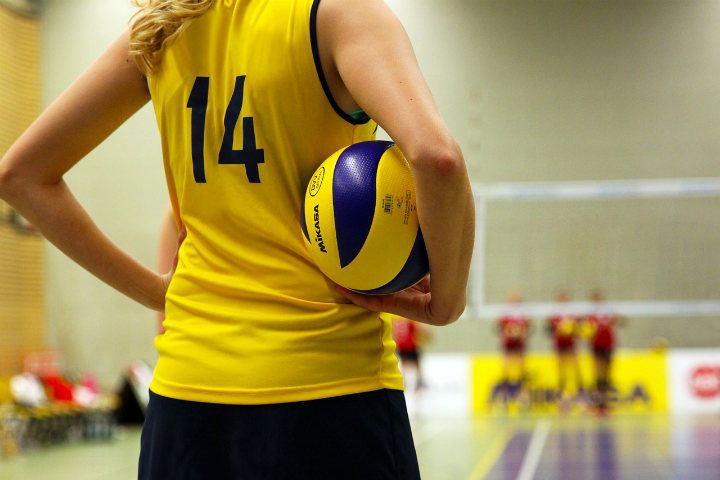 6 Traits of a Great Setter

A great setter takes command of a game by dictating its flow and setting up their hitters in the best possible position for success.

Doing this consistently throughout the game without dropping a beat is tough, and calls for a specific type of player.

Let’s look at five essential traits that set the great setters apart from the rest.

In offensive rotations that allow the setter to be in the front row (for example, the 5-1 rotation), the setter will take on blocking duties.

Having good height makes competing with the opponent’s hitters at the net less daunting.

It also allows the setter a chance to attack effectively when called upon from the front row.

If the pass is tight to the net or someone else ends up setting, an attack may be required of the setter.

The setter basically plays the role of on-court coach for a team.

It is imperative that a great setter have a firm grasp of the rotation, the roles of everyone on the court, and the game plan.

This allows the setter to be fully aware of where everyone is, or should be, on the court.

A knowledgeable setter is priceless to a coaching staff, as they can make in-game or in-play adjustments that are aligned with the predetermined game plan.

3. Left Hand is Their Preferred Hand

This trait can certainly seem surprising but there is a reason for it.

When a setter is approaching the net to their normal position and finds themselves needing to dump the ball, having a strong left hand will allow them to more successfully attack.

As their right shoulder will be closest to the net, using the left hand provides the space and angle required to attack with at least some power.

The setter is the driving force on the team.

If a setter gives up, or gets down on themselves, the team has no chance of a rally.

A great setter is ‘up’ for every single play, regardless of the score or situation.

“As the setter goes, the team goes.”

A setter who can fight through the hard times on the court will pull the team along with them.

As mentioned several times, the setter plays the role of leader and on-court coach.

It is vital to a great setter to be able to understand all players on their team and realise how to effectively communicate with them.

The setter will need to provide frequent instruction and must be efficient at getting the message across in a way that is understood quickly and received well.

The setter is the primary mouthpiece of the coaching staff for communicating in real time. 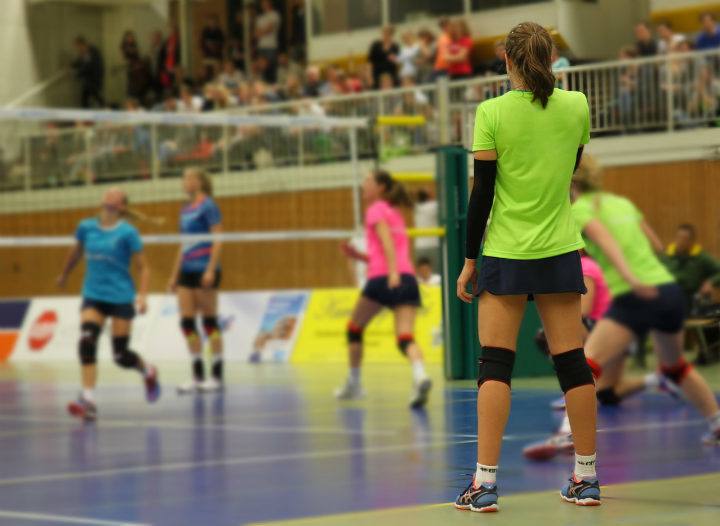 Responsibilities of a Setter

A setter takes on the responsibility for enacting the game plan, making appropriate adjustments, and correcting issues on the floor.

It is quite frequent that a setter is named floor captain and is therefore responsible for communicating with the officials as needed.

This requires the setter to be mature and able to hold their emotions in check.

As mentioned earlier, as the setter goes, the team goes…

On offense, the setter dictates the play and flow.

The setter must read the pass and read their hitters to understand where the most appropriate set is and then place it there.

When a pass is off, or not to the perfect spot, a setter must be able to react accordingly and not try to force the issue with an impossible play.

When a pass is just right, the setter should assess the positioning of their hitters and set to the most viable candidate.

The setter is also responsible for covering hitters.

They should always be prepared to dig any ball blocked back to their side of the net.

Ideally, the setter is never taking the first pass as this would eliminate their ability to set the hitter.

If this occurs, the setter will typically yell 'setter out', and another player will take over the setting duties. Obviously, the other hitters on the floor are not setters and will not make the highest quality set.

One way to avoid this is to keep the setter from being primarily responsible for serve-receive or digs.

Setters are often responsible for short balls or tipped balls, only passing when necessary.

5 Tips to be a Good Setter

But to really become one, a player must train smart to build up the skills and experience needed to truly stand out.

Here are five tips to set you on the right path:

1. Be Faster Than the Ball

While this may seem impossible, it is not.

They beat the ball to the spot.

This requires them to have swift footwork and stay in an athletic stance.

The great setters decide to stay in athletic positions throughout the game and match, which allows them to be consistently prepared to move.

If a setter can beat the ball to the setting spot, they can be prepared to deliver the optimal set to a hitter.

A swift setter ensures their feet are in position to provide the best base to support a strong, consistent set.

There is nothing a coaching staff loves more than a setter who can make the right decision, at the right time, on time.

A great setter consistently knows where to go with the ball and why.

They need to be able to recognise who the hot hitter is and who on the opposing side of the net is struggling. This allows them to target both their teammates and the opposing players.

There are a lot of in-game adjustments which need to be made that a coaching staff cannot easily communicate in real time.

The best setters can see these needs and react to them as the game goes on.

This requires real learning of the game plan and the opponent.

Great setters take the time to study both. 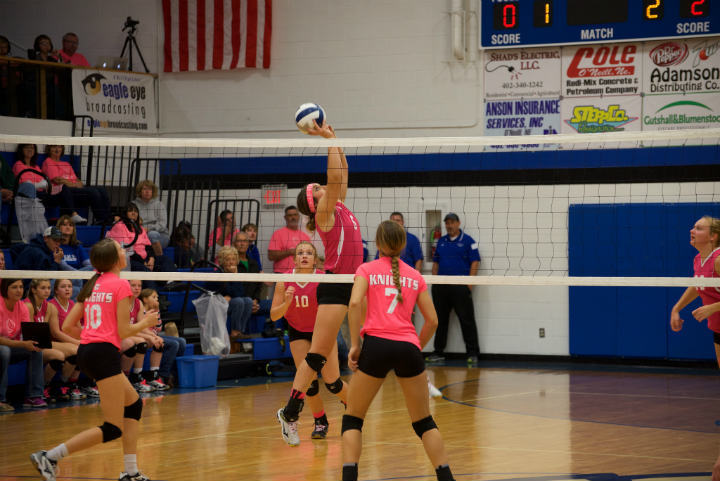 3. Focus on Being a Real Leader

There is a natural hierarchy on the volleyball court, typically starting with the setter.

A great setter is willing to take the reigns of their team both on and off the court.

They must be in control of their emotions and know what their teammates need regarding support. And then be ready to help them out.

Further, the setter is often the team captain and must maintain a good relationship with their coach, teammates, and the officials.

A setter that is down on themselves or their teammates brings the team down as well.

A positive attitude in leadership is a vital skill that great setters have and can be improved over time with practice.

While this euphemism may primarily apply to basketball, it can also apply to the mindset of a great setter.

If a setter believes a certain play is the right play, even if it is a challenging one, they should go for it without second guessing themselves.

A setter who approaches the game or match with the mindset that they will play it safe can become predictable and ineffective.

There is a fine line between bold and reckless, which is why this is a skill that needs to be practiced over time.

However, a setter that takes appropriate risks can set themselves apart from the less daring.

Setting, like most leadership positions, carries a lot of weight mentally.

Whether it is making the wrong play call, setting a bad ball, or not setting a hitter enough, there is always room for criticism when it comes to the setter position.

A great setter can take this criticism and learn from it.

It is vital that a setter be mentally tough to endure the rigours of a match.

Physically, a great setter gets to the ball almost all the time. The best setters are distraught when they must rely on help to set for them, as this leads to a busted play in most cases.

But the best setters consistently perform at a high level despite these challenges.

They must be physically, mentally, and naturally gifted to be highly successful at this volleyball position.

A setter is seen as a leader on and off the court and must conduct themselves as such always.

The setter dictates virtually all aspects of the team – pace, game flow, and who receives the sets. It is a big responsibility and should only be taken on by someone who can tolerate criticism well.

The greatest setters are those who seamlessly control their team and manage to keep everyone positive, while providing superb sets to make the job of hitting easy.

Understanding Volleyball Zones While Serving (Where to Attack) - April 20, 2020