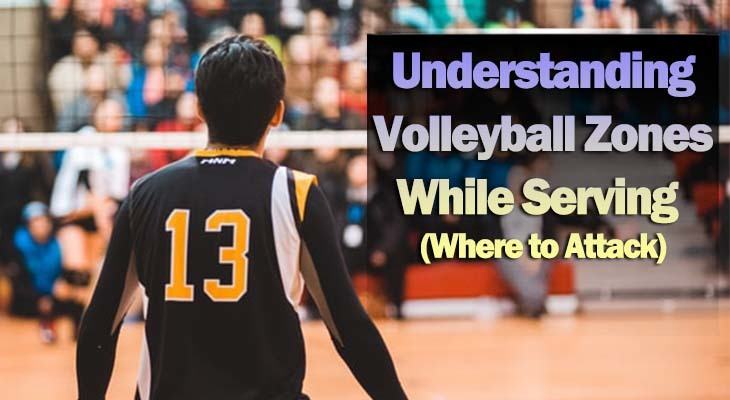 Understanding Volleyball Zones While Serving (Where to Attack)

The art of serving can be quite a challenge for new and experienced volleyball players alike.

Once the basics of the skill are relatively mastered, it is time to start serving with a purpose other than simply getting the ball over the net.

The most important part of understanding volleyball zones is knowing the strategies behind serving in a particular area.

Each half of the volleyball court is divided into the same zones.

The volleyball zones are the same on the opposite side of the court.

These zones should be drilled for new players or those who are unsure of the zone pattern. It’s vital to be able to recall zones quickly during a match, as serving strategy depends on aiming for particular zones. 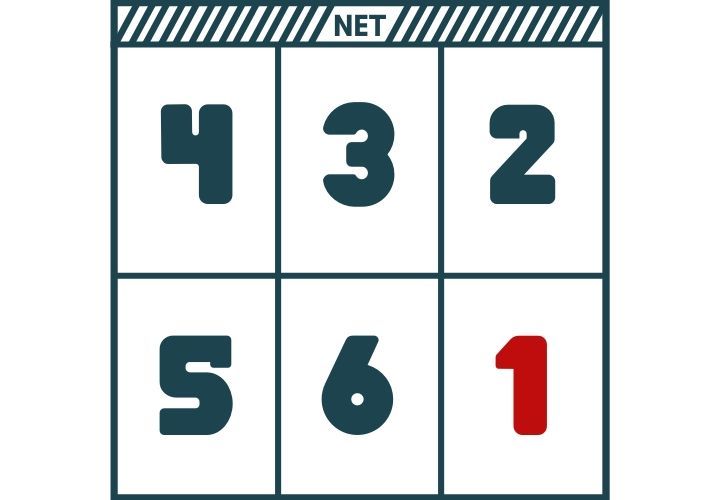 Guess who spends a lot of time in zone one, especially for younger leagues?

Guess what happens when the setter takes the first hit?

Someone else must set!

When someone other than the setter sets, bad things happen.

This reality makes serving to zone one an ideal strategy when playing younger teams or teams that struggle with non-setters setting.

This strategy may not work if your opponent is smart enough to “hide” their setter, avoiding having the setter making the first pass.

However, the setter is likely still going to struggle with a pass coming from another player in zone one.

The angle is challenging and will often coerce younger setters into setting middle or right every time.

Thus, even if the setter is hidden on serve receive, your players can feel confident that the ball will be attacked by the middle or right-side hitter. 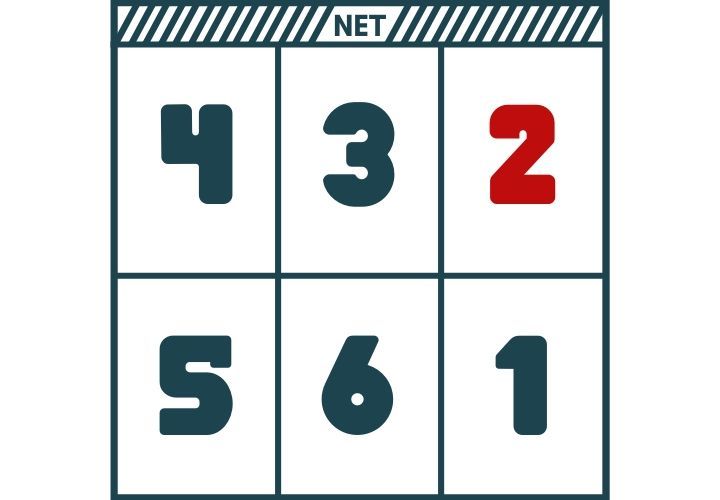 Serving strategy certainly goes beyond knocking the ball into zone one every time in hopes the opposing setter will take the first contact or struggle with the passing angles.

This is where things begin to get a little more advanced from a strategy perspective.

We must take a moment to discuss the importance of knowing your opponent and the tendencies of their players.

Each rotation features a “go-to” hitter.

Identifying this player will do wonders for your serving strategy.

For instance, if your opponent wants to run a slide attack, serving to zone two is ideal. This makes it very challenging to execute a slide.

To expand on this strategy, avoid serving to the right side of the court (zone four and five).

It is far easier to run the slide if the pass is coming from those spots. 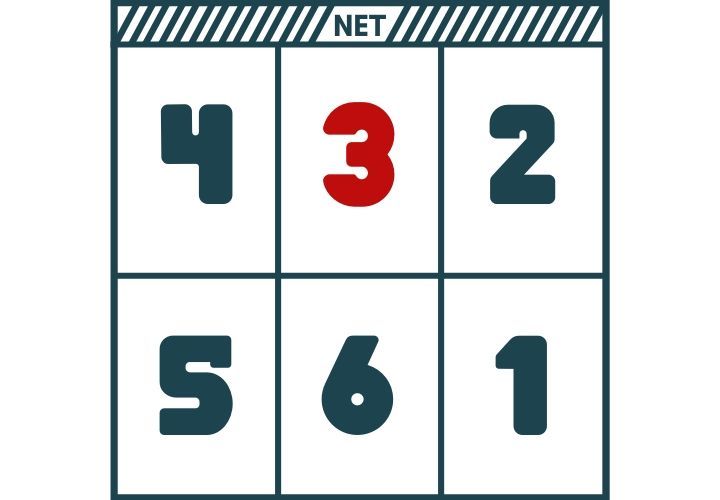 First, it will often eliminate the libero from getting the first contact. Most teams feature a libero that is an excellent passer. Avoiding this person is a good place to start when it comes to the serve.

Secondly, serving to zone three often puts the onus of a good pass on a front-row player. No offense, but we all know our good middles are not known for their passing prowess.

Additionally, getting a middle to deal with the first contact can take them out of the attack entirely. 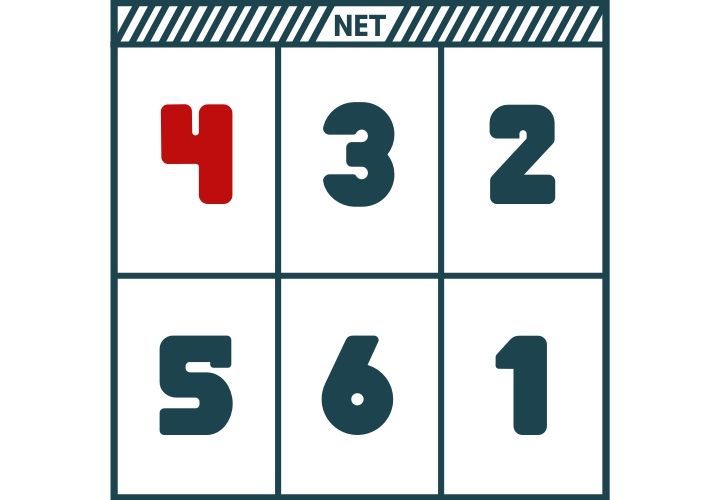 In lower levels of play, your outside hitter is often an all-around good player.

This strategy may not work in those instances.

If you know your opponent has a great outside hitter that struggles with passing, this might be the place to take advantage. Even outside hitters who are good passers can struggle with the timing of serve receive to approach and hit.

From a psychological perspective, setters often avoid setting the player that passed them the ball.

If you need to get the outside hitter out of the play and she pulls back slightly into serve receive help, then absolutely try serving zone four.

Your zone four strategy can often depend on the age or skill level of competition.

For younger players, you might be better off serving zone six.

Serving zone four allows younger players to make a shorter pass. They are less likely to make a wild pass from this position, as they are less concerned about the distance they have to cover to get the ball to the setter.

Intermediate players will often struggle with a zone four serve.

The short serve is unusual at this skill level and can come on as a surprise. However, it’s important to scout your opponent, as many intermediate squads’ best all-around players are outside hitters and setters.

Zone four works at higher levels when you have an offense that really wants to keep their outside hitter away from being the first contact.

The hesitancy of the outside hitter to make the play can lead to a slow-developing play or a bad pass.

If the outside hitter is the best player on your opponents’ team, pepper her with serves to keep her out of rhythm. 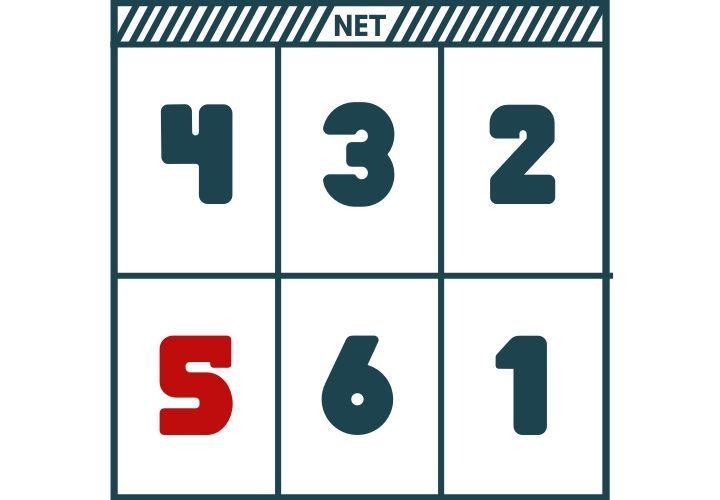 Zone five can become a gold mine if the outside hitter backs way up to pass.

Zone four can help eliminate the outside hitter but if she is way back in serve receive, serving zone five can be a lucrative strategy.

Advanced servers should work to push the outside hitter even farther back by putting the serve higher into the upper body of the player.

This will force her momentum backward and make it very difficult for her to get into a normal approach and hit.

If you can accomplish this, you are essentially eliminating a hitter for your blockers to worry about.

The block is now focused on two attackers, giving the advantage to the blocking players. 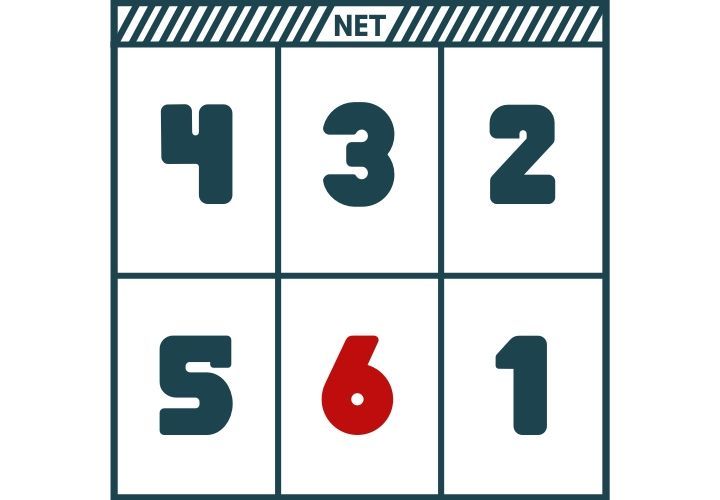 Zone six is for servers that struggle with accuracy and for flummoxing teams that are flat out bad at passing.

If you end up facing a bad passing team, call deep zone six every time.

Beginners or 13 and younger:

The unfortunate truth is this age/skill group struggles to pass from deep on the court.

Coaches should rely on their preparation (scouting) and instinct when it comes to serving zones and the strategies involved.

No one zone is the perfect spot but there may be one that is highly effective against your opponent.

As your opponent adapts, you will need to try other volleyball zones to keep them on their heels.