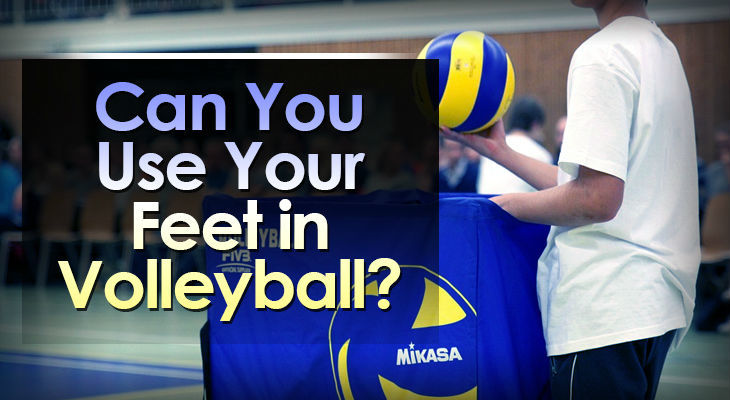 Can You Use Your Feet in Volleyball? (Rule Explanation)

When thinking of the game of volleyball, athletes moving around in tight spaces preparing to bump, set, or spike a ball with their arms and hands comes to mind.

Which leaves many players wondering:

“Can you use your feet in volleyball?”

As there have been many rules and also many rule changes, most people involved with volleyball aren’t sure whether it’s legal or illegal.

The rules regarding contact of the volleyball below the waist have changed over the years.

Previously, once the ball hits a body part below the waist it was deemed out of play and a point was awarded to the opposite team.

A rule change now permits the use of any body part to contact and hit the ball.

Therefore, the ball can be struck by a player’s foot and still be in play.

The rule even impacts the double contact rule, allowing for simultaneous contact of the ball with the foot and hand on a team’s first contact (such as serve receive or defensive dig).

If a volleyball player determines their only hope for a dig or reaching the ball is with his or her foot, then it is perfectly acceptable to make that play and continue the rally. 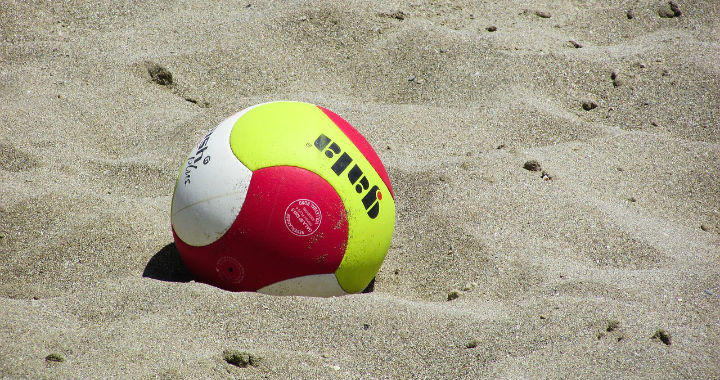 Ball contact is certainly not the only volleyball rule involving the feet of the athletes on the court.

Foot faults can be found both on the serve and regarding rotational rules.

A player serving the ball may not have his or her foot touch the baseline before contacting the ball. If the foot touches the line first, it is ruled a foot fault and the ball and point are awarded the other team.

There are even rotational rules that govern the positioning of a player, stating the foot of a front row player must be closer to the center line than the feet of the corresponding back row player.

Also, someone in the left or right rotation must have his or her feet closer to their sideline than the player playing in the centre rotation.

The rotational foot rules ensure that the floor is evenly spaced and that a team stays in the pre-determined rotation prior to the serve.

In one of the rare differences in the rules between beach and indoor (aside from the number of players and court size), the centre line rule is quite different between the two.

In the indoor game, and athlete must keep from letting any foot completely cross into the other team’s court.

In the outdoor beach volleyball game, a player can cross entirely into the other court under the net assuming they do not interfere with game play.

While many may think of the hands and arms when it comes to volleyball, the feet play a vital role as well.

Whether it is digging an unreachable ball, being in proper position before the serve, or staying on the right side of the center line, the feet come into play on many volleyball rallies.

So, can you use your feet in volleyball?