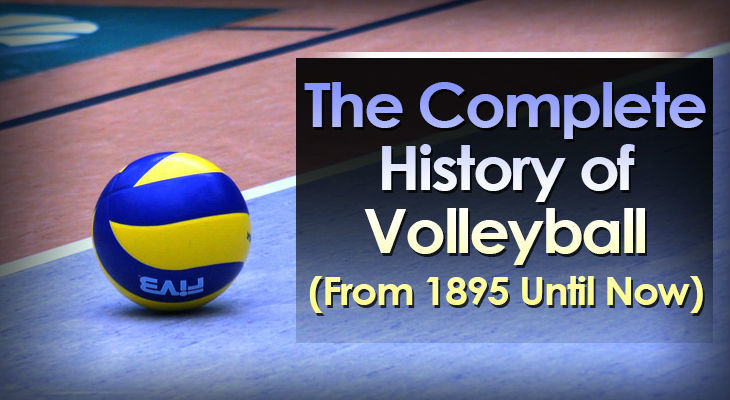 The Complete History of Volleyball (From 1985 Until Now)

Volleyball is the second most popular participation sport worldwide, behind only soccer.

Over 800 million people around the globe play volleyball weekly, with Americans only representing about 6% of the international weekly volleyball players.

But this number is sure to increase as volleyball is rapidly becoming immensely popular everywhere around the world.

So, where did our amazing sport come from?

Let’s take an in-depth look at the history of volleyball from its creation in 1895 through today. 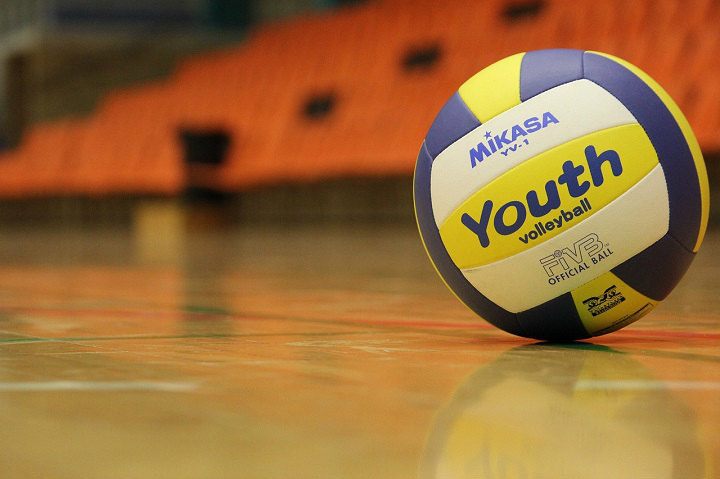 The Birth and History of Volleyball

William Morgan (no, not Captain William Morgan) was an instructor at a YMCA in Holyoke, Massachusetts in the late 1800s.

In 1895, he decided he needed to create a game more suitable for the less athletic, business focused boys and men at the YMCA.

A game that would still require strength and skill, but be appropriate for people less mobile.

He would call this game “mintonette”.

William had the opportunity to interact with a man by the name of James Naismith during his time at Springfield College, in the early 1890s.

Naismith, of course, was the inventor of what is now internationally known as basketball.

Mr. Morgan was inspired by Naismith’s creativity and set out to create a sport blending the skills of basketball, baseball, handball, and tennis, wanting to borrow some ideas as he had limited time to come up with his invention.

All the while, he was keeping in mind his goal of creating a game for all age levels and strengths.

His creation was finally completed in 1895.

At that point, William had a set of ground rules made up to facilitate the game.

He used a tennis net, lifted to the height of six feet and six inches.

He chose a court roughly 30 feet wide and 60 feet long (probably close to 25 x 50 at first), to ensure the game could be played in gymnasiums all around the country.

Here is a short list of the rules, as originally set forth by William Morgan in 1895.

There are some distinct differences between the game at its inception and the game as it will be even 30 years later, in the early 1920s.

1. The game will last nine “innings”.

2. An inning correlates to the number playing. If one man is on each side – then an inning is one serve series per side. A lost serve is half the inning.

3. A serve must be struck and hit over the net. The server has two tries to get it in (like tennis), however, if a teammate hits the ball after the service to “help” it over it is good.

4. A side only scores when serving – as in side out scoring.

5. The ball is considered dead anytime it hits the net. No “let serves” or playing it out of the net.

6. The line is considered out.

7. Any number of people can play, if teams are equal.

8. If a ball touches a wall or ceiling and bounces back in play, it is still live.

9. No limit to hits per side and no limits to hits in a row by the same player (dribbling).

The Creation of a New Ball

As William worked on his new game, he did have one major hiccup…

He faced quite a challenge selecting an appropriate ball to be struck back and forth.

A basketball was too heavy. Even with the leather stripped off, the bladder was not substantial enough.

So, Mr. Morgan sought the assistance of a familiar name in the world of sports goods – A.G. Spalding & Bros.

Along with Dale Callaghan, a specialized ball was created that was about 26 inches in circumference and weighing in at around 10.5 ounces.

This provided the very rough outline for what would become the modern-day volleyball.

The Death of “Mintonette”

It was time for William Morgan to debut his new game to the world, or at least those in attendance at the new East Gymnasium at the Springfield College.

The history of volleyball would never be the same...

Mr. Morgan announced his sport as “mintonette” and his presentation would include two teams of five men to demonstrate the game and its rules.

In attendance that day was a significant figure at Springfield College, Professor Alfred T. Halstead. Mr. Halstead suggested that the game was a masterpiece, however, the name was a little lacking…

Halsted stated that it appeared the men were volleying the ball back and forth to each other and the game should be called “volleyball”.

The day Mintonette had its debut, it lost its name to the term Volleyball.

From there, William Morgan moved on from the YMCA to pursue other careers. He was said to simply be proud that volleyball was being enjoyed by so many people.

His name continues to be honored in the volleyball world, as the top male and female players at the United States collegiate volleyball level are awarded the Morgan Trophy each year.

The Spread of Volleyball

From its introduction in 1896 to the people of the local YMCA and Springfield College, volleyball has traveled all the way around the world.

It has spread relatively organically through a variety of social coincidences and intentional introductions.

The YMCA played a major role in the globalization of volleyball. The sport was spread to areas of YMCA influence in the early 1900s.

Areas like Canada, Asia, and South America saw an influx of people playing volleyball around the turn of the 20th century.

Volleyball picked up in popularity quickly from there and spread to areas of the Caribbean and fully inundated South America.

In 1907, the Playground of America convention highlighted volleyball as one of the “most popular sports” of the time, and in 1913, volleyball was introduced to competition at the Far Eastern games.

Another significant impact on the global distribution of volleyball was the disbursement of U.S. military members throughout the world in late 1910s.

In 1919, around 16,000 service members were presented with volleyballs, and the game was spread to many nations at this time by those serving abroad.

Fast forward to 1964 and volleyball makes its Olympics debut in Tokyo, Japan. A more modern ball was introduced by Japanese players.

The 1960s were quite innovative for volleyball as the dink, bump, and block were all introduced to the game.

In 1996, beach volleyball finds its way into the Olympics and the indoor game is streamlined.

1996 marks the seismic increase in the global popularity of competitive volleyball. 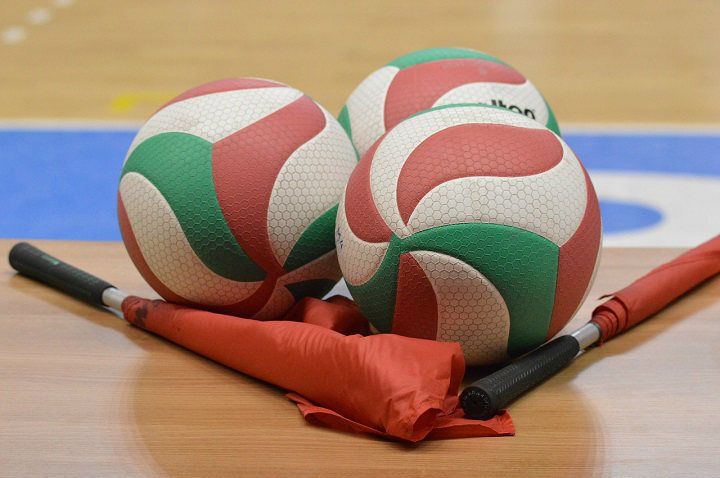 Like all sports, volleyball has seen some significant changes since its inception in the late 1800s.

Rules have come and gone, as have strategies.

Let’s look at some key rule changes throughout the 100+ years of volleyball’s existence.

• 1912: Establishment of six players per side and rotation before the serve.

• 1916: Establishment that ball must be touched by another player after each contact.

• 1938: Blocking rules introduced – one or two man block allowed but had to be adjacent.

• 1952: Serves from anywhere behind the service line – making way for jump serves.

• 1974: Antennae were officially added to the net set up.

• 2002: Coaches allowed to communicate with players throughout play.

As we can see, a myriad of changes occurred as the popularity of volleyball grew internationally.

Many rules were introduced, rescinded, and reintroduced several times as the rules continued to be ironed out. 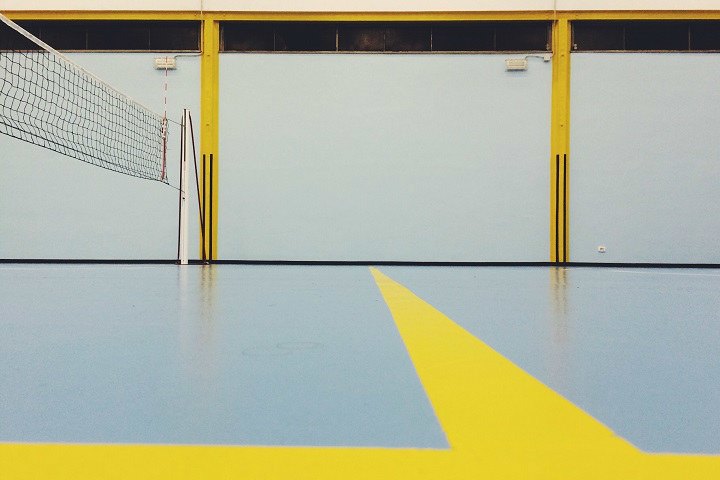 Who Makes the Volleyball Rules Now?

As volleyball has settled into its own over the century or so it has been around, many have had input on the rules and laws of the sport.

As early as 1928, an association now known as USA Volleyball (formerly the United States Volleyball Association or USVBA) was formed to address standardization of the rules of the game.

This allowed the game to be played across the nation under the same guidelines, making events like the first volleyball U.S. Open possible.

About 20 years later, the Federation Internationale de Volleyball was introduced in Paris, France, as an international governing body, providing worldwide stability for the growing game.

Throughout the 1960s and 1970s, the NCAA officially sanctioned volleyball and national teams were organized for Olympic and international tournament play.

From there, into the 1980s, two-man beach volleyball gained notoriety and was given an international stage in 1996 at the summer Olympics in Atlanta, Georgia.

While there are several national and international groups determining their specific rules of the game, volleyball has come into a time of stability and popularity like never before.

Rule changes are minor and hardly prevalent, and competitive play is popular amongst all age groups.

It is truly astounding to see how far volleyball has come in its relatively short lifetime.

From a game created for the “less mobile” to what has become a wildly popular display of athleticism, Mr. William Morgan discovered something he would probably not have imagined could grow so big.

A truly global sport, played by almost a billion people worldwide, volleyball history is rich with growth and change and has an even brighter future.

Now, get out there and join the masses on a volleyball court near you!

Please include the contribution of the Philippines namely the three hits rule i. e. passing, setting, spiking known as Filipino bomb spike and the production of the Libero monitoring sheet now known as R-6.