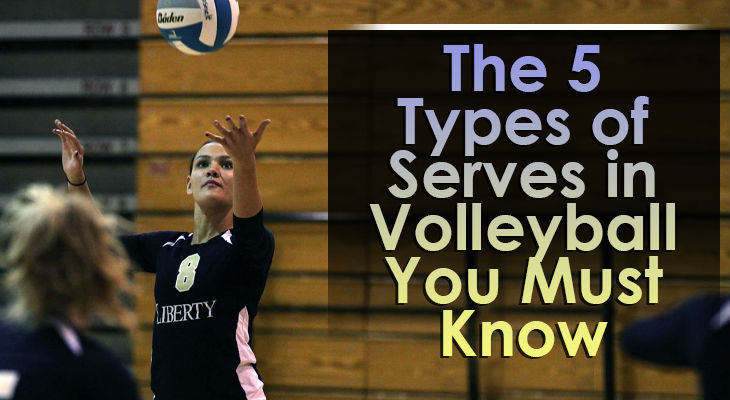 The 5 Types of Serves in Volleyball You Must Know

If you took a poll of thousands of volleyball players asking which play during a match is the most important, you would undoubtedly get a fair split of answers.

Still, others will adamantly defend the service as the most vital opportunity in the game of volleyball.

Regardless of where you stand on the issue, the serve is inarguably important.

It starts every point and is the impetus for play.

A great scoring chance starts with a good server who can put the ball in a position that puts stress on the passing abilities of your opponent.

Let’s get down to the nitty-gritty of serving, including a background of how consistent serving helps win matches, the different types of serves in volleyball, and viable locations to serve the ball.

The Importance of Consistent Serving

Serving consistency is one of the key factors that can keep teams “in the game.”

Teams with unreliable serving tendencies will struggle to compete at any level.

A great serve does two things:

First, it sets your team up for success by ensuring the ball is in play and the squad has an opportunity to defend and attack.

An ace (a serve that either contacts the ground first or is handled poorly by the first passer) is ideal but putting a serve in play is valuable, as well.

The second aspect of good, consistent serves is their impact on the mentality of your opponent.

If a server is unreliable, the confidence rests on the serve-receive side of the net.

However, if you have a talented server at the line who gets the ball in play every time, all the pressure is on the receiving team.

Your serve strategy should be based on the principle that consistency is most important, followed by accuracy, then power.

We will discuss the 80-90-100 rule later in our coaching tips but know that consistency is king when it comes to a successful volleyball team. 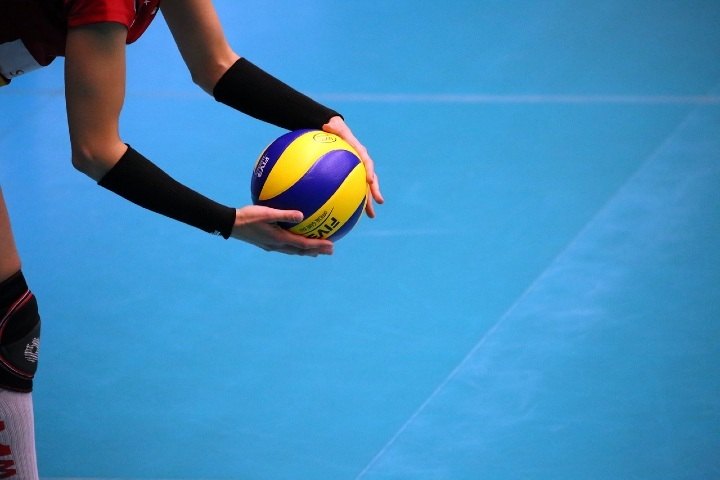 5 Types of Serves in Volleyball

There are five primary serves used in volleyball – four of which are typically used competitively.

They are the underhand, overhand, float, topspin, and jump serves.

Here is a look at these five serves you must know and teach.

One foot back, the ball is held in the non-dominant hand.

The dominant hand makes a fist, the weight moves to the forward foot and the ball is contacted by the fist just behind the center of the ball.

This serve is often lumped into the same category as the “granny” free throw shooting style in basketball. Some call it “cheating” or for amateurs outside of competition.

While you often see underhand serves by rec leaguers, there is a place for it in games featuring younger athletes.

The underhand serve can be useful to someone who cannot yet generate the power required to get the overhand serve across the net.

It’s also valuable to those who have trouble coordinating the timing between the toss and contact with the ball.

This serve is the most common in volleyball.

(Click here to read my 10-step guide on overhand serving)

The non-dominant hand holds the ball and is extended forward from the shoulder. The ball is tossed up and contacted with the dominant hand moving from over the head down and through to the waist.

This serve is popular due to its ability to accommodate power, precision, and a variety of spins.

The jump, topspin, and float serve to follow are varieties of overhand serves.

An overhand serve can be manipulated by hand position, follow-through, body position, and swing speed. This flexibility is essential to developing a successful repertoire of serves to deploy throughout a match.

The steps for an overhand serve take place and then hand contact should be made directly behind the middle part of the volleyball.

The arm will follow through but should be stopped before descending toward the waist.

The aim is to produce no spin while generating power.

A float serve can be devastating to an unsuspecting or unreliable passer.

The ball has very little spin, making it susceptible to the forces of air.

The steps for an overhand serve with a high toss take place then the player should move under the toss and strike the ball from below.

The follow-through should be down with a good wrist snap and then toward the outside of the shoulder.

Topspin serves get on defensive players quickly and can drop just over the net, putting serve receivers in a bind.

Adding topspin can be a good way for players who are not as strong as others to put quality power behind the ball.

The ball is tossed with the non-dominant hand very high and several feet in front of the player.

An approach is made and the player jumps to attack the ball.

A firm wrist and abbreviated follow-through help keep control throughout the serve.

You can implement both topspin and float techniques during a jump serve.

The jump serve is difficult to execute and comes with lower accuracy.

However, when done well, it is devastating to try and return.

The amount of power and spin generated by a good jump serve is difficult for even great serve receivers to handle. 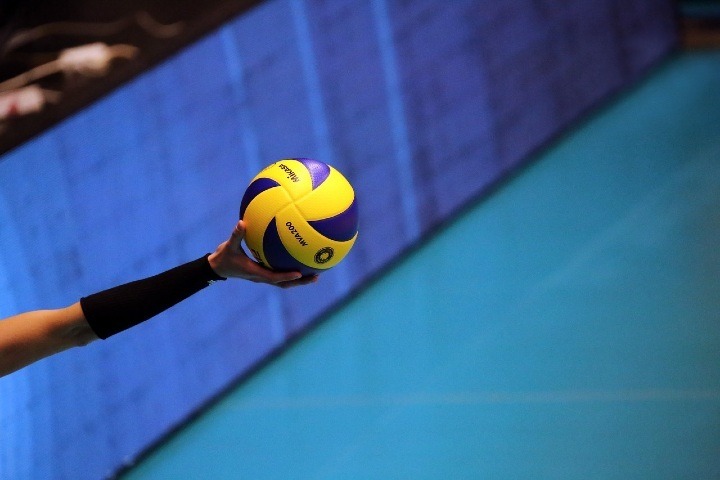 There are thousands of strategies you can implement to take advantage of your team’s consistent, flexible serving abilities.

Here are a few ideas for how to improve your serving success rate by using location to your advantage:

a. Hit it hard to the soft spot in the middle

The idea here is to take advantage of indecision. If the ball is between two players and has pace on it, it will be hard for them to communicate fast enough to pass effectively.

b. Take it down the line

The key to a good serve down the line is deception. Coach players to use their eyes to indicate serving toward the middle and use their hand placement to guide the ball toward the line.

Guide the ball to the opposite side of the court from the server by contacting the ball and following through slightly outside of the center.

d. Slow it down

Almost every serve receiver is anticipating a hard serve. It is effective to serve several hard serves in a row followed by a slow version, like a floater.

e. The deep shot over the top

Many teams get caught up in trying to find gaps in front of passers while ignoring the frequently open space behind the serve receivers. If a team is leaving this area open, attack it. You can send a float serve or one with more pace to this area to see if passers can get there in time.

f. The jump float serve is as effective as it is challenging

This serve is a lot to watch as the player jumps, seemingly preparing to send a fast-paced serve over the net. Taking the speed off a jump serve tends to confuse serve receivers and makes a return attack less likely.

g. Send it high in the sky

The “sky ball” as it is known to some, is a disorienting serve that comes down like a meteor from space. This serve can be effective against teams that have been successful in returning serves throughout the match. The combination of rarity and odd angle can lead to a bad pass and get your serving efficiency back on track.

We mentioned the 80-90-100 rule earlier and it might behoove you to implement this strategy with your team.

Essentially, it provides a simple roadmap for servers to follow.

Servers following this principle tend to be more accurate, as they are not enticed to send their first serve of the game or match through the wall on the other end of the gym.

This will keep their opponent on edge while not approaching every serve with maximum pace.

The 80-90-100 principle is great for younger teams who tend to try and max out all the time.

A player saying to themselves, “I do not have to hit this as hard as I can,” is far more likely to serve the ball in play.

The serve is the starting point of all volleyball matches.

In today’s game, it is vital to put your opponent on its heels with a good serve.

We cannot rely on side outs to win volleyball games.

Develop a team with consistent serving, that can put the ball in different areas of the court, and that has a firm understanding that not every serve has to be fired off at 100%.