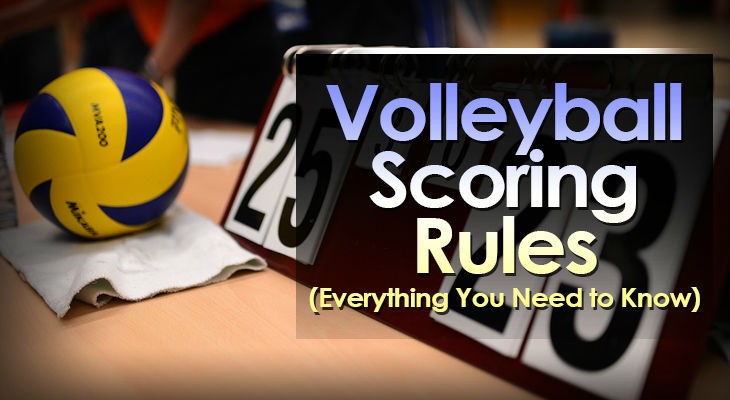 Volleyball Scoring Rules (Everything You Need to Know)

There is one ultimate goal during a rally in volleyball…

To earn a point by putting the ball over the net in a way the opponent cannot return it.

Spiking a ball and hearing it smack against the floor on the opponent’s side of the net is a thrill every volleyball player loves to hear...

And while a “kill”(a ball that is hit down onto the opponent floor) is exciting, there are certainly more ways to score during a volleyball match.

In fact, not every kill will result in a point depending on your choice of volleyball scoring rules.

In addition to multiple scoring opportunities, there are multiple types of ways to keep score in competitive volleyball.

There are two main scoring types:

While most higher-level volleyball organizations use exclusively rally scoring, some lower levels still use side out scoring.

Both types of scoring have similarities regarding how to score, but are different in both how a score is counted and game length.

So, it’s worth discussing both rally and side out scoring and their similarities and differences.

Here’s everything you need to know about the different volleyball scoring rules.

When a Team Can Score Points

Side out scoring means that only the serving team can score on any given rally.

The team receiving serve is hoping to win the rally to obtain the right to serve – which will then give them an opportunity to score.

Conversely, when a team loses serve, they are then tasked with the goal of getting the serve back to have an opportunity to score.

As you can imagine, games can last quite some time as teams go back and forth with each other gaining and losing serve.

When a team defends the serve well and earns their own serve, it is called a “side out” and no points are awarded.

They will then have a chance to serve and score.

While a rally scoring game requires more points to win, it can often go by much faster than a side out scoring match.

In rally scoring, a point is awarded on every rally.

Points can be earned in a variety of different ways and, unlike side out scoring, do not require the team to be serving to score.

With a point scored on each play, rally scoring matches tend to progress quickly without the delays successive side outs can cause in side out scoring.

The only time a match gets extended is due to the win by two rule. This rule requires a team to be leading by two points once they have reached 25 to win. 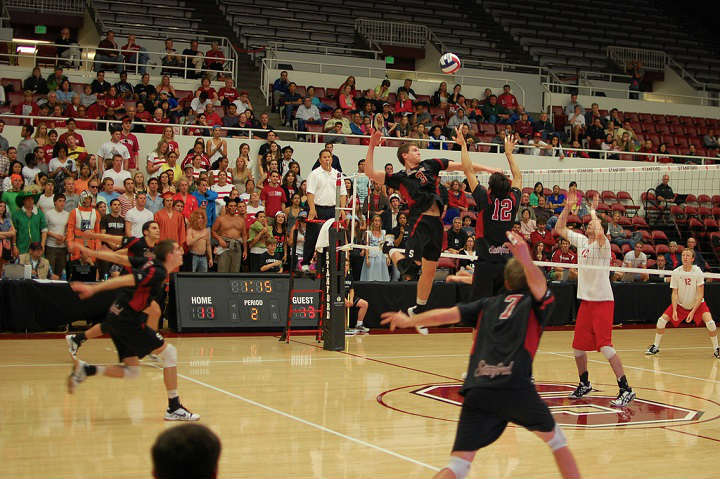 How a Team Can Score Points

Scoring can occur in multiple ways but only for the team serving the ball.

A team can score with an ace serve - when the ball is not returned over the net after the serve because it hits the ground untouched.

A team can score with a kill once the opponent has returned serve back to the serving team side of the net.

And finally, a team can score when the opponent is unable to return the ball over the net and in bounds after serve or during a rally.

Rally scoring is far more straightforward with ways to score.

A team can score a point at any time and don’t need to be serving to get a point.

Therefore, any stoppage of play ends in a point.

There is also the opportunity to score on the serve immediately with an ace.

As a point is awarded on every play, teams must be diligent that every behavior creates the opportunity to score or be scored upon.

This can create anxiety, especially for the server, in a late close game situation.

If the ball is served into the net with the opponent needing only one point to win, for example, then the server has essentially won the game for the opponent.

How to Win the Game

Side out scoring requires the least points to win a game out of the two scoring types.

In most cases, side out matches are played best two out of three, or three out of five games.

Each of those games consists of the first team to 15 points winning the game.

However, there is often a stipulation stating the winning team must win by a minimum of two points.

In some cases, at very low levels and beginner volleyball clubs, if a team is winning and reaches 17 points, then the win by two rule is eliminated.

It is almost always played as a best of five game match (outside of tournaments with a very large field of teams entered, when two out of three is utilized for the sake of time).

The first team to 25 wins the game, with a win by two rule enforced.

In the event the match goes to the fifth set with both teams winning two games each, then the fifth game is typically played to only 15 points while still enforcing a win by two rule. 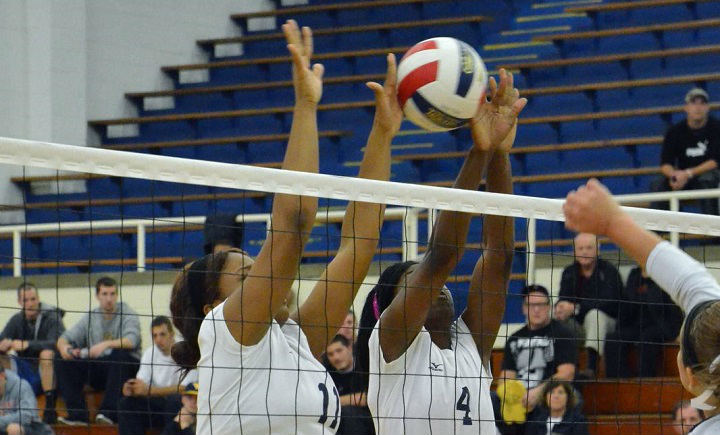 Pros and Cons of Both Volleyball Scoring Rules

Side out scoring offers a competitive match for lower level players.

If a team loses the point simply by making errors over and over, then the game can be very lopsided and end quickly. However, if a team must use their skill to win a point, then it can create a far more competitive environment.

As discussed earlier, side out scoring benefits the server by placing less stress on each serve.

A bad serve simply results in the opponent having the opportunity to score, but not by awarding them the point immediately.

But, side out scoring can drag a game on as well. If teams trade side outs repeatedly, it can take a surprising length of time to reach the required 15 points to win.

While this can add excitement, it can also grow old with time.

Rally scoring is widely used for its award and punishment of every single play.

Every serve and receive guarantees a point, thus adding importance to each moment throughout a match.

Most would argue that rally scoring is more exciting as it’s typically fast paced, and a lot of weight is placed on each play.

Rally scoring also ensures that players value the serve and serve-receive sides equally as both are imperative to winning points.

But, the significant downside to rally scoring falls on the server.

There is no “try again next time” mentality allowed in serving during a rally scored match.

This pressure can be immense in the late moments of a close game, especially when you can essentially score points for your opponent.

As we have discussed, there are similarities, differences, pros, and cons for both side out scoring and rally scoring.

Each provides benefits to players and the audience, while also having some drawbacks.

Rally scoring is certainly most widely used and respected in the competitive volleyball world, but side out scoring provides the opportunity to learn aspects of the game at a slower pace.

There is a place for both in the great world of volleyball and each group, club, and organization can weight the arguments for both before deciding on their preferred volleyball scoring rules.