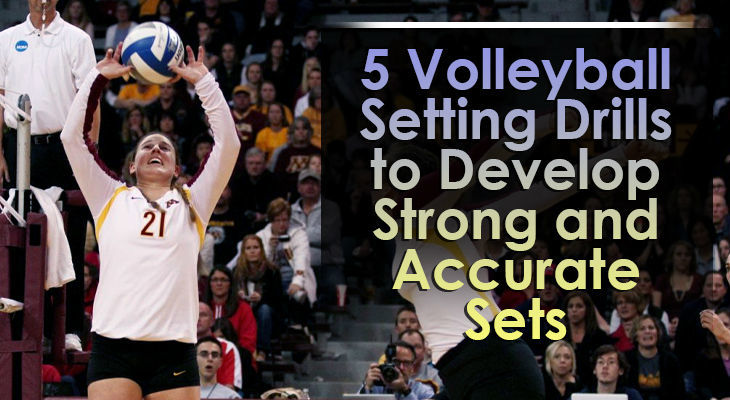 The setter position is the most complex role on a volleyball team.

Similar to a midfielder in soccer, a point guard in basketball, or a quarterback in American football, virtually all offensive attacks go through the setter.

The setter must practice skills directly relating to setting the ball, but should also be proficient in blocking and hitting.

Here we will present 5 drills that will establish and perfect the skills necessary for all high-quality setters to have.

While primarily geared to the setter position, these drills can be utilised for everyone on the court, in the event they must set during a rally or as an emergency fill in. 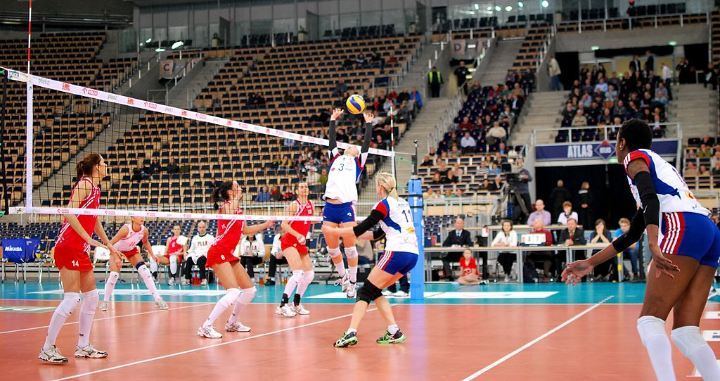 The setter will set balls coming from different angles in the back row after squaring to the target.

Call the Set – The person who is tossing the ball can call out which direction to set as the ball is in flight. This adds the potential to train the setter not to decide where to go with the ball early.

Real Passes – Someone can toss the ball to a passer from the other side of the net, allowing the setter to see real passes rather than simple tosses. The passer should rotate just like the person tossing the ball would, from sideline to sideline.

​The setter attempts to catch a tennis ball in a small cone above her or his forehead.

Three Balls - Have three tennis balls and three people tossing them from different angles. This will add an element of complexity to the drill.

From the Back – Have the setter start in various rotational positions to mimic coming from a spot to set on serve receive.

​The setter will run a figure eight pattern around two other players, alternating turns setting to each other.

​This drill exercises setting on the move versus from a static position. Setters rarely get perfect setting conditions throughout a match, and practicing less than optimal conditions is key to learning to set from a variety of passes.

Jump Sets - The active player will jump set off both feet after each figure eight.

One Footed Sets - The active player will serve off one foot after each figure eight – the foot farthest from the net should be the foot contacting the ground.

​Four players stand along the three-meter line and set balls to each other in a prescribed order. After each person sets, they must run and touch the end line before their next set.

​This drill encourages all players to set with control and intention, regardless of scenario. This drill is intended for the entire team, as anyone may be called on to set in different circumstances throughout the match. All players should be confident enough to deliver a ball to the outside that can be attacked.

Pushups – Instead of running to the end line the setter drops and does two pushups before the next ball arrives. Practice caution to ensure no one is stepped on when using this variation.

Players guide the ball counter clockwise around a triangular pattern with one person at the “point” bump passing while the other two players use an overhead set.

This volleyball setting drill is intended for the entire team, as anyone may be called on to set in different circumstances throughout the match. All players should be confident enough to deliver a ball to the outside that can be attacked.

Troubled Pass – Once players have the sequence of rotation down, encourage the point passer to begin making “bad passes”. This will encourage the ability to set an attackable ball from different body positions and areas on the court.

Setters have a large array of jobs to do throughout a match.

It’s vital for great setters to work on being well-rounded volleyball players, so they excel at anything they are called upon to do.

From core strength to good decision making, volleyball setting drills are at the heart of setter development.

And the 12 drills above should be a great start toward ensuring your setters are prepared for their jobs.
Click Here to Leave a Comment Below 1 comments

[…] like I have been as I have seen an improvement over the last 2 weeks. the drills on this website https://volleyballexpert.com/volleyball-setting-drills/ make your drills more power full but help you keep the accuracy. this is good as it gives the […]