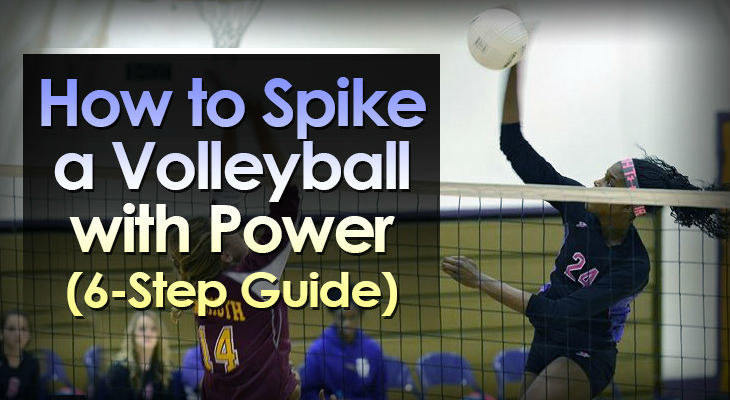 How to Spike a Volleyball with Power (6-Step Guide)

​ • Basketball has the dunk.

​ • Football has the hard tackle.

​ • Baseball has the home run.

All these plays bring people to their feet with excitement.

Volleyball has its own version of a big play too…

A well hit volleyball spike that’s slammed through a block or past a diving defender is the ultimate volleyball play that will immediately bring everyone to their feet.

There is a big difference between simply contacting a ball in the air to get it over the net and hitting with such force that it’s virtually impossible to stop. 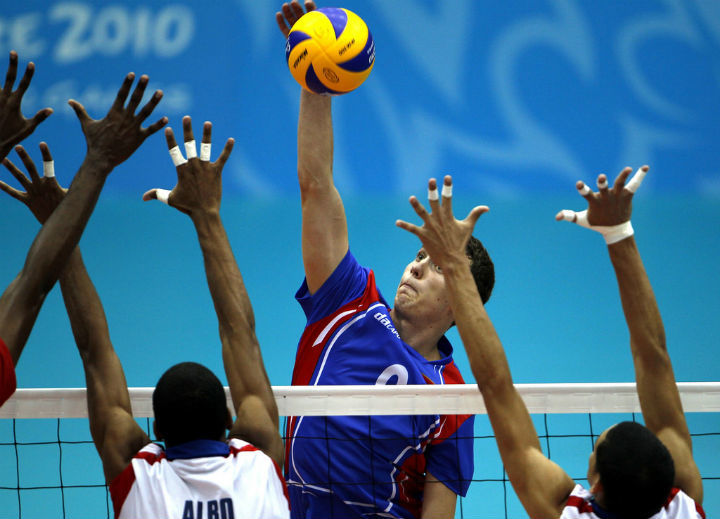 It’s all about technique, timing, and training.

Follow the following 6 steps and we’ll show you how to spike a volleyball with power...

This might sound crazy as the first step, but it’s beneficial for a hitter to learn how to mentally deal with the ball hitting out of bounds.

How many times have you heard someone say “just get it in!” at a volleyball match?

The “just get it in” mentality leads to complacency when hitting.

It’s impossible to learn how to spike a volleyball hard when you’re only ever attempting to guide the ball into the court.

A volleyball spike that lands in play is a byproduct of a good, strong hit.

When players focus too much on aiming, they lose a lot of power.

There’s a learning curve to spiking with more power that every player must go through if they want to improve their ability in that area.

Accept the fact that the ball may go out more than usual while you’re learning and practicing to hit a much more powerful spike.

Contrary to what most people believe, a powerful spike isn’t about having huge arm muscles or being seven feet tall (although height would help in a game like volleyball)...

A strong, powerful volleyball spike is the result of fast arm swing.

It can be difficult for a player to determine how fast they can swing when they’re focusing on hitting balls over the net and keeping them in play.

So, one of the best ways to determine how fast you should swing is to find a wall to hit at.

Focus on swinging your arm at the ball with as much speed as possible.

Pretty soon, you’ll have a good feel for what hitting with a high-speed swing feels like and you’ll be able to take that feeling with you to the court.

Step 3: Timing is Everything

The best power hitters put themselves in position to contact the ball the same way every time.

But doing this is much harder than it sounds…

The first thing you must remember is that the optimal time to hit the ball is when your hitting arm is at full extension.

But since it’s impossible for the set to be in the same place every time, the only way to put yourself in position for a powerful hit is to constantly alter your approach and speed based on the set.

Players who struggle with power often approach every ball the same way and adjust their arm in the air instead of adjusting their approach.

If the set is high, the ball will fall faster.

In this case, a player must speed up their hitting process to be able to swing with full extension.

But if the set it flatter, the ball will stay in the ‘hitting zone’ for a longer period of time which allows for a better approach.

The timing of your approach and jump must vary with the ball to ensure your arm is at full extension when contact is made. 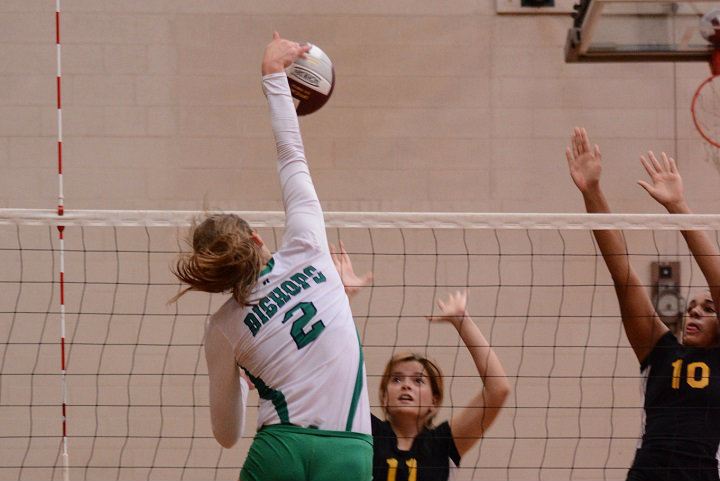 Step 4: Use Your Body to Generate Power

While full arm extension and swing speed are vital to a powerful spike, using your core to generate power is also important for a quality hit.

Many young hitters think that the swing is all about the arms...

But it’s using your entire body that generates the power needed for a strong spike.

One way to generate this power is to focus on slightly arching your back after you jump, opening your chest, then swinging through the ball while closing your chest.

Incorporating your core along with your fast swing speed generates a far more powerful spike.

Step 5. Align the Ball With Your Shoulder

Your approach and jump should put the ball directly in front of your hitting shoulder.

If the ball is inside or outside of your shoulder area, you’ll be limited with what you can do and it forces a predictable swing.

If the ball is too far forward, it will likely not make it over the net.

If the ball is behind your hitting shoulder, all power will be lost.

Much like timing the ball to make sure you can hit it with full extension, adjustment must be made to ensure you are hitting it directly in front of your hitting shoulder.

This optimizes power and provides shot flexibility as you can hit down the line or across the court.

Stopping your arm as soon as you have contacted the ball is a major mistake.

Doing so will rob the swing of power and flatten the ball out.

After getting the ball in the right place and generating power, you must follow through every single time you spike the ball.

If you are swinging correctly, with full arm extension and lots of arm speed, following through should be natural as it’s more difficult to halt your swinging motion.

Swing through every time guarantees you’re making the most of all power and energy. 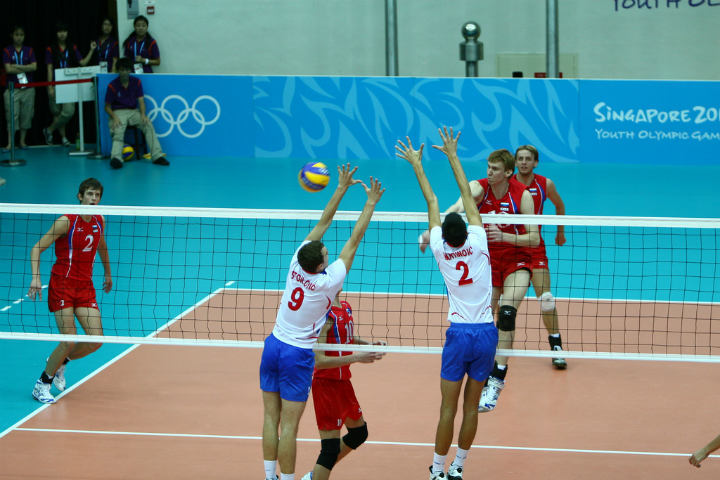 The key to learning how to consistently perform a powerful volleyball spike is repetition.

It can be challenging to be consistent as sets vary so greatly...

But the more balls you hit, the better prepared you will be to destroy any set.

Here are a few ways to develop your skills and get more swings in:

a. Stand on a Box

Standing on a wide based box that puts you at the peak of your jumping height provides an opportunity to focus on arm extension and using your body.

While eliminating the lower body effort, you’ll be able to practice proper swing extension and understand what generating power with your body should feel like.

Once you’re consistent on the box, carry those mechanics into a regular approach and jump.

b. Spend Time Behind the Line

While hitting at the net is typically what players practice most often, it can produce comfort with unrealistic game conditions.

Try moving your power spike practice back to hitting from the 3-meter line.

This gives players an opportunity to learn to adjust to sets off the net and practice the full arm extension without worrying about getting tangled in the net.

Learn to hit consistently with perfect mechanics off the net and then move closer as you feel more confident repeating those mechanics.

Find a partner and two opponents to play doubles volleyball – like the outdoor beach version.

This allows you to attempt quite a few spikes while hitting real sets.

While hitting “tossed” sets over and over creates repetition and muscle memory, it’s unrealistic and doesn’t give you live experience you get from games.

Playing doubles is a fun way to practice hitting lots of real sets in a game-like setting.

Hitting a powerful volleyball spike is not easy.

It takes years of hard work, dedication, and thousands of repetitions.

But, if you want to make it to the highest levels of volleyball, learning how to spike a volleyball with power is crucial in your development.

Use the 6 simple steps above to help you learn and improve.

Good information to pass on to my players.