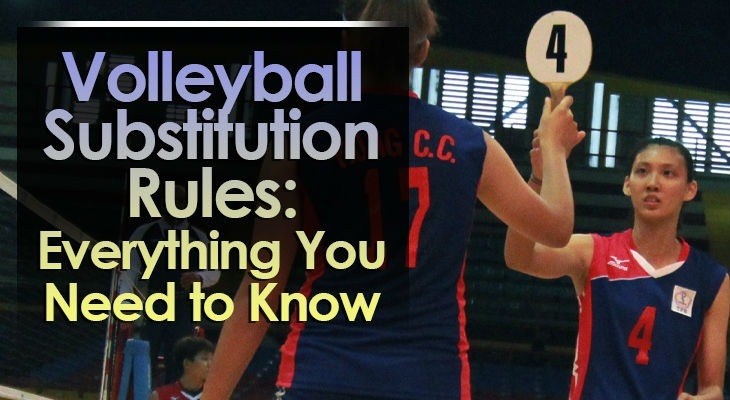 Volleyball Substitution Rules: Everything You Need to Know

The basics of volleyball are easy to learn.

a. Get the ball over the net in three hits

b. Keep it in bounds

Those three things will get you fairly far in a beginner-level game of volleyball.

But when it comes to the more advanced volleyball substitution rules, things can get a little tricky.

The rules regarding substitution are not terribly difficult to understand, but it is important to know them well.

The regulations can vary depending on your league, level of play, and governing body.

Fortunately, most leagues around the world, including Australia, defer to the substitution rules set forth by the Federation Internationale de Volleyball (FIVB).

It is important to confirm that your league is using FIVB rules. Some may be using a different governing body’s regulations or have some form of “local rules.”

The main points of the FIVB substitution rules are:

This list is daunting enough but it does not feature all the details of volleyball substitution regulations. Rules can differ based on the level of play, league, and set count (best of 3 or best of 5).

It is imperative that coaches and players alike understand the ins and outs of volleyball substitution rules in order to avoid costly errors that can lead to penalties.

The penalties for illegal substitutions range from conceding a timeout to atone for the error, to the other team being awarded a free point.

Read on to learn everything you must know about volleyball substitution rules to avoid these costly consequences. 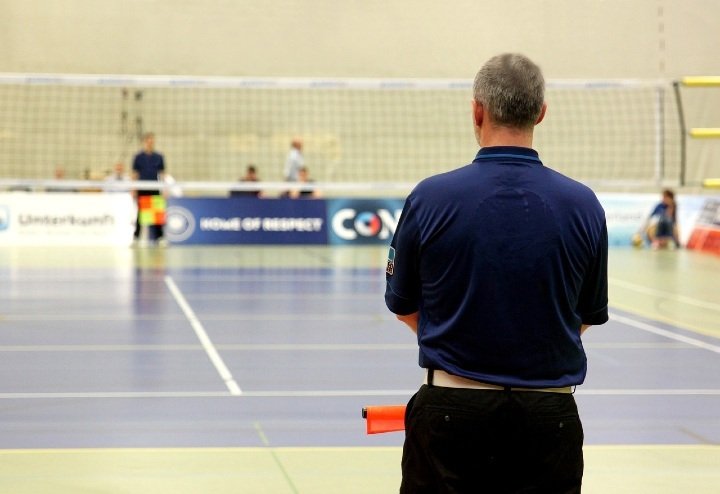 A Word on Volleyball Substitution Rules

It can be frustrating to have to deal with keeping track of the rules regarding substitutions. However, these rules are paramount to a consistent, fair match.

They allow for the game to progress in a timely fashion and prevent the loss of strategic substitution planning, which is one of the elements of game- planning coaches use.

A team can still gain a significant advantage by using the substitution rules wisely. It is important to note that multiple players can be subbed in/out at the same time.

Only Six Subs Per Set (Libero Does Not Count)

FIVB regulations say that six substitutions can be used per set.

The libero does not apply to this rule as she will have unlimited substitutions but will have to adhere to some libero-specific rules (more on that later).

This does not mean the same player can be subbed in or out six times (more on that later, as well).

Starter May Only Be Replaced Once Per Set

Some lower-level rules, like high school leagues, allow for players to be substituted for up to three times in a set.

This allows for substituting players situationally (putting a passer in when the starter reaches the back row, for example.)

Starters Must Re-enter in Their Original Position

Thus, a starter cannot re- enter the match to substitute for another starter rather than the substituted that replaced him/her.

This prevents players from being moved within a set for the purpose of gamesmanship.

Subs Must Come in from the Substitution Zone

Every officiated volleyball match will have a set aside for the purposes of monitoring substitutions. This allows officials to properly govern over the rules you are learning about here.

Substitutes must enter the game from the official substitution zone. If they do not, the player will not be recognized by the referee and ushered into the game.

Typically, players will enter the game from their sideline between the center line and the three-meter line. This rule does not apply to the libero (more on her later).

The libero can enter or leave from any portion of the sideline from the end line to the three-meter line.

Substitutes should be aware of the intent of the coaches and be prepared to enter the substitution zone promptly when their turn to enter the game comes about.

You can substitute players at any dead-ball period, between sets (which count toward the next set’s limit), or during a time out.

You can substitute multiple players during one interruption, according to rule 15.2.2, but you may not send subs individually back-to-back.

If a coach decides to send a second player after the first has already subbed in, they must wait until a rally is completed (rule 15.2.3). 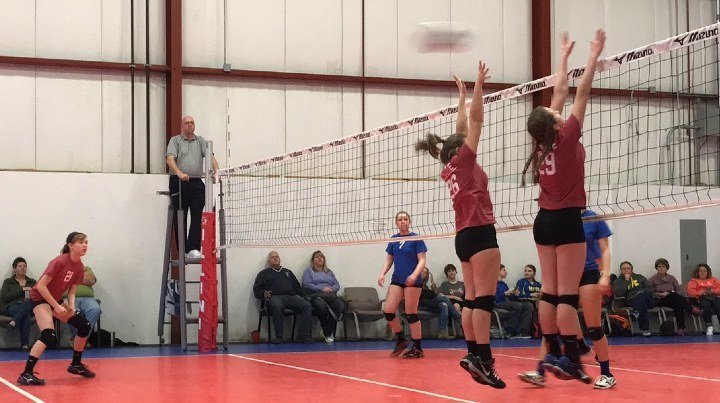 Subs May Only Be Replaced by the Player They Subbed For

Rule 15.6.2 states, “A substitute player may enter the game in place of a player of the starting line-up, but only once per set, and he/she can only be substituted by the same starting player.”

This disallows subs subbing for subs.

The libero has become a fixture in higher levels of competitive volleyball.

The different colored shirt is not the only thing that sets a libero apart from her teammates.

Each team can designate two players as libero. This position is dedicated to defense and has strict rules regarding what actions she can perform on the court.

We will focus on substitutions here, of course.

The libero can only replace a player in the back row, as the libero is a back-row only player, and the libero must be replaced before entering the front row.

Due to this limited role, the libero can substitute at will without following the limits of other substitutions.

The libero can enter the court anywhere from the end line to the three-meter line and can do so during a time out, prior to the referee whistling to allow service, or prior to the beginning of each set.

There are no limits to how many times libero can enter the court but there must be a full rally between libero substitutions (a libero cannot leave the court and then immediately re-enter to replace a different player).

There are few exceptions to these substitution rules.

This rule states that injured players should be subbed out legally unless this is not possible. If not possible, any player eligible for play and not restricted by another substitution may enter for the injured player.

If a player is disqualified, she must be replaced legally. If this is not possible, the team will be counted as incomplete.

A firm grasp on these substitution regulations will help keep the game moving and have your players ready to play when subbed into the game.

We highly recommend practicing substitutions and rotations, regardless of the level of play.