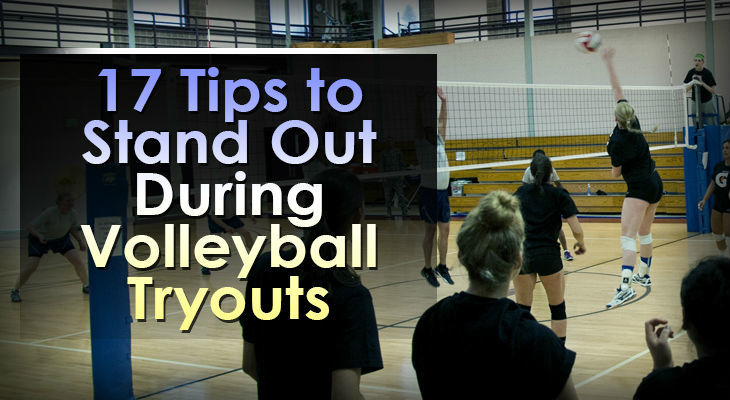 17 Tips to Stand Out in Volleyball Tryouts (For Players)

Being involved in competitive volleyball tryouts can be a nerve-wracking experience.

The goal of making the team - whether it’s a club team, competitive recreational league, or a school squad - is at the top of each athlete’s mind.

However, with a little preparation and by following a few simple tips, volleyball tryouts can be a much less intimidating experience.

Below I’ve listed 17 easy-to-follow tips to help you stand out to the coaches and get noticed during your next volleyball tryout.

1. Be There Physically and Mentally

If you’re going to be at tryouts physically, you better be there mentally too.

Being present means you’re always paying attention to what is going on around you.

It’s a time to show off your volleyball skills and prove to the coaches why you’re deserving of a spot on the team. 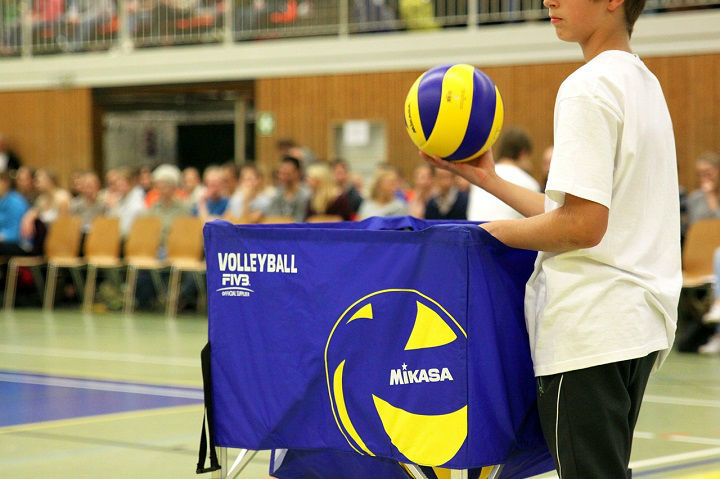 2. Show Them You’re a Well-Rounded Player

You may think you’re the team’s best outside hitter… and it may be true.

But be prepared that the coaching staff think differently.

If they want you to set, set.

Show that you’re capable of a variety of roles, as this makes you useful to the team in more than one way.

A “Negative Nancy” is quite possibly the worst teammate in existence.

Coaches can’t stand a player that sulks after every error, is negative towards others’ mistakes, or just can’t find anything positive to say throughout a match or practice.

Displaying a positive attitude makes you stand out and proves to the coaches and other players that you’re a good teammate to have around.

If it’s time to set up hitting lines, do it.

Coaches look for players that can follow directions and don’t waste time.

If a coach needs to repeat themselves several times, they’ll become frustrated because of all the wasted practice time.

Similar to tip #1 one - be present, listen for instructions, and follow directions.

5. Be Coachable and Don’t Argue

Volleyball tryouts isn’t the time to argue with a coach about your hitting technique.

If you get a coaching recommendation or a tip, follow their advice.

This shows the coaches that you’re willing to learn and that you can be coached.

Coaches will always select a player that can be coached before a player who will constantly argue. 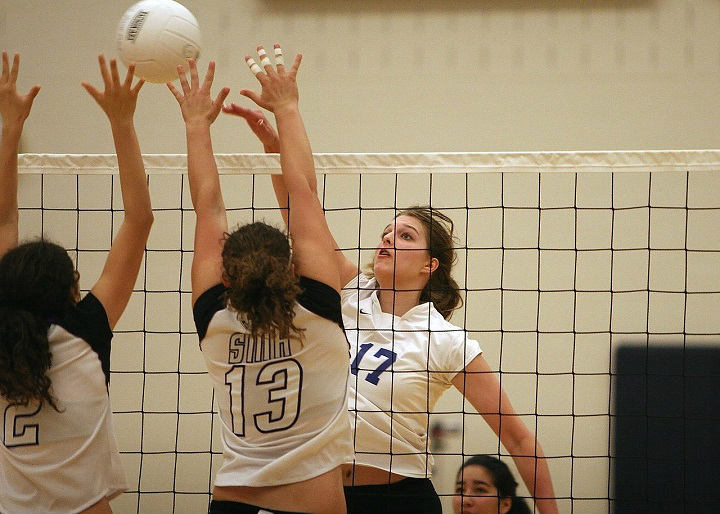 Tryouts are the time to prove that you take your volleyball seriously.

Coaches love player who give full effort on every repetition during tryouts and practice.

This will make you stand out.

7. Be Organized and Prepared

This seems obvious, but some players show up to tryouts completely unprepared.

Make sure you have water, your shoes, knee pads, etc.

Be warmed up and ready to go 10 minutes before your volleyball tryouts start.

8. Get to Volleyball Tryouts Early

Being late to volleyball tryouts may get you noticed…

But I promise you it’s not the kind of attention you want.

If possible, get to your tryout 15 - 20 minutes before it starts so that you’ll have time to warm up and prepare yourself mentally.

Being early will also show the coaches you’re eager and committed.

9. Focus on Getting Quality Sleep

Quality sleep is important for every athlete.

It’s a time when muscles recover and grow, and a time for our brains to reset.

While it may be difficult with the anxiety of an impending tryout, it’s even more important to make sure you get quality night sleep the night before your tryouts.

Something as simple as being well rested could give you an advantage over your competition.

10. Be the First to Raise Your Hand

If a volunteer is needed to demonstrate a drill or collect volleyballs, be the first to raise your hand high up in the air.

It’s a simple way to get noticed and show you’re willing to help out.

Don’t hide at the back.

Step forward and get involved.

There’s no need to buy brand new shoes and fancy knee pads before the start of tryouts, but you should certainly look like a volleyball player.

Jean shorts and a tank top are not exactly normal volleyball attire.

Unless you have some freakish athletic ability, not looking the part is a surefire way to get ignored at tryouts. 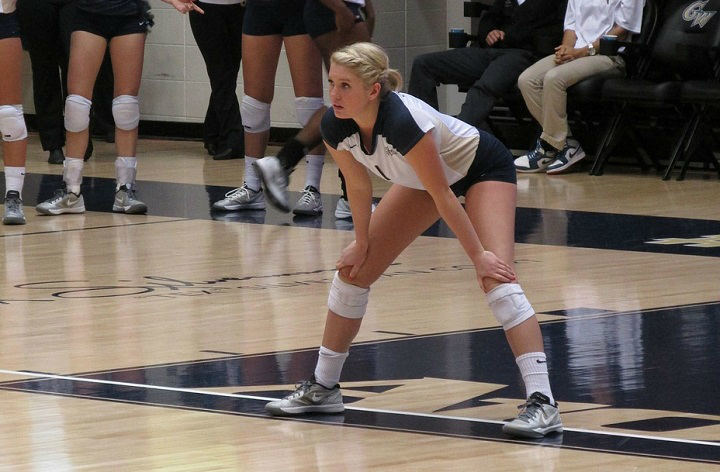 12. Be the Loudest Communicator

If there is one phrase you’re guaranteed to hear during a volleyball practice, it’s…

Communication is vital in the sport of volleyball. And it’s even more important than usual when you’re playing with unfamiliar teammates.

Communicate loudly and frequently to show that you have a firm grasp of the communication terminology and you’re willing to speak up.

13. Make Sure You’re Already in Shape

Showing up to a tryout unable to compete physically will ensure that you do not make the team.

You should be preparing well in advance to be in great volleyball shape.

Tryouts are the time when you are displaying your prowess over others.

It’s not the time to be “getting your wind back.”

14. Put Your Leadership Skills on Display

Leadership skills are a highly desired quality that coaches love.

Throughout tryouts, seek opportunities to gently lead others.

Whether it’s showing a first-time beginner the proper approach to hit, explaining a drill to someone who didn’t understand, or simply encouraging teammates to give their best…

Confidence is displayed by being aggressive.

Hesitation has no place at tryouts.

Swing hard when hitting and don’t hold back through fear of making a mistake.

These things show coaches that while your technical skills may need some tuning, your confidence will not be an issue.

It’s impossible to know everything…

But you’ll give yourself an advantage if you’re well studied in volleyball before tryouts.

Understanding the roles and responsibilities of each position, knowing the different areas of the volleyball court, being aware of a variety of setting/hitting terms, etc.

This will allow coaches to see that you’re serious about the sport.

17. Warm Up Before the Warm Up

Most tryouts begin with some form of warm up, but you should do your own first.

Stretch out, get loose, and get your muscles working.

Coaches take notice of the players who are putting in work before tryouts start and doing so will also help you get focused in on volleyball ahead of time.

Three Things NOT to Do at a Volleyball Tryout

1. Chat with Friends During Tryouts

Tryouts are not social hour.

It is disrespectful to coaches and fellow athletes to have volleyball practice interrupted because of a side conversation that can wait until after.

2. Get Frustrated and Angry After Mistakes

Everyone at tryouts will make a mistake or two.

However, if you throw your hands up in disgust and stomp around, it will draw far more negative attention than simply hitting a ball out of bounds.

If you give up on a play or a ball, then the coaches might see you as a quitter.

It’s incredibly difficult for coaches to teach persistence and resilience, so many of them will avoid players who display a lack of these qualities.

Volleyball tryouts are intense - both physically and mentally.

Being prepared by focusing on these 17 tips to stand out could make the difference between making the team and not being on the list.

Use this list to prepare yourself and then get out there and dominate!