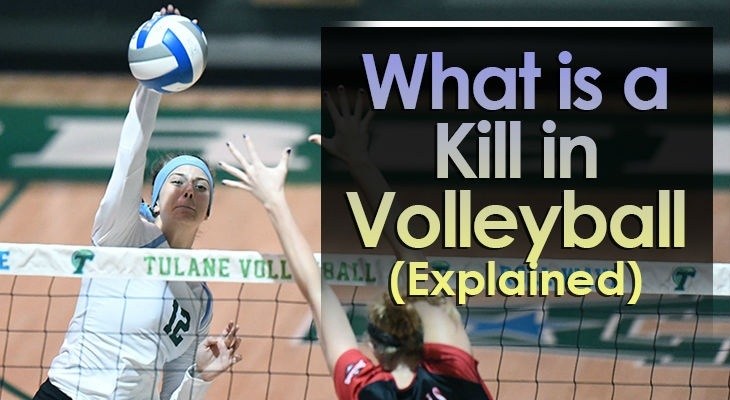 What is a Kill in Volleyball (Explained)

Unless your team has a sniper of a server that puts aces across the net every time or you are playing an opponent that cannot get the ball over the net, you will need to record kills to score points.

The kill is an integral volleyball statistic that denotes a successful attack by an offensive team.

So, what is a kill in volleyball?

The simple definition of a kill is an offensive attack that is un-returnable by the opponent and scores a point or side out for the offensive team.

A great coach or player is a student of the game.

Thus, a simple definition will not do.

To gain a full understanding of the kill, read on and discover the ins and outs of what makes a kill, a kill.

A Deeper Look at the Kill

The formal definition of a kill involves the term attack.

Therefore, defining an attack will help us better understand what technically a kill is.

A kill is recorded any time an opponent cannot return an attack that is directly related to the opponent not getting the ball back over the net.

A kill can also be defined as an attempted attack that results in a point for the attacking team.

So, what is an attack?

It is any concerted effort by the offense to put the ball over the net and score a point.

Essentially, anything the offense intentionally does to score constitutes an attack.

This makes most plays with the ball traveling over the net an attack.

There are some instances where a ball passing over the net is not an attack, but it is important to remember that all official kills are results of official attacks.

We will discuss that more in Tracking the Kill below.

Volleyball is a game of points.

The winning team must achieve a certain number of points before being declared victorious.

A lot more goes into keeping score than simply putting points on a scoreboard.

Score is kept by an official scorekeeper whose job it is to record the score, substitutions, time outs, and general game flow. Most teams have their own version of a scorekeeper – the stats person.

Statistics are vital for good coaches because the information provides insight into how players are performing in live games.

A player that is formidable in practice can sometimes fade away while those who are less keen to practice hard might shine during a match.

While we might wish all our players took practice as seriously as we do, it is beneficial to know who can get the job done when it counts.

During a match, you will often see assistant coaches, backup players, or managers holding clipboards.

These clipboards often hold sheets dedicated to keeping track of the various statistics that can be recorded during a volleyball game.

One of the most important statistics is the kill. 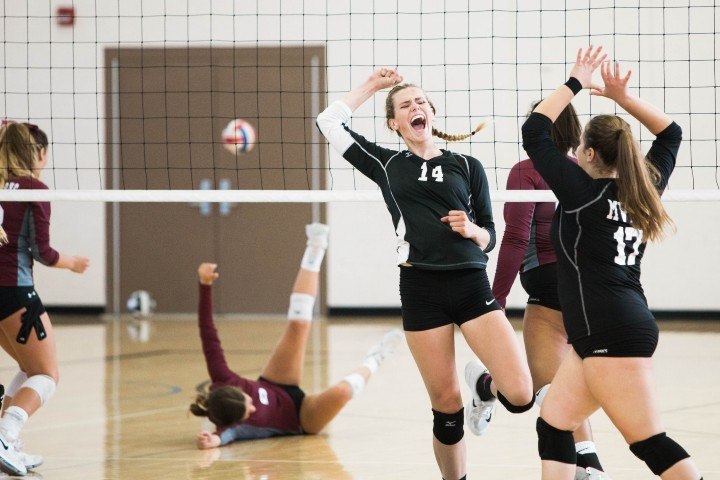 Keeping track of volleyball statistics can be challenging due to the pace of the game.

Any given rally can result in many different stats needing to be recorded.

However, ensuring the accuracy of the statistics is paramount.

The first thing to remember as a stats keeper is to remain calm. It is not unusual to feel overwhelmed by the action on the floor.

Secondly, stats keepers should focus on seeing what is happening on the court and not be distracted by the momentum of the game itself.

It is important to always remember that a kill must be partnered with an attack.

One of the easiest quality checks for a stats person is to ensure there are never more kills awarded than attacks recorded.

Most people have little difficulty keeping track of third-contact hits that result in kills but there are some trickier instances that would be considered a kill as well.

Count it as a kill if:

Do not count it as a kill if:

While not a perfect strategy, the easiest way for a stats keeper to keep track of kills is to ask herself…

“Did the player intend to score a point on this play?”

If the answer is yes, a kill can confidently be awarded.

If the answer is no (most likely a ‘free ball’), consideration could be given to not recording a kill.

Players of any sport have their favorite stats they like to track.

Baseball players obsess over batting averages, while basketball players are often critiqued on their shooting percentages.

This number is figured by dividing the kills by the attack attempts for a player (K / A = K %). Thus, if a player is awarded seven kills and attempted ten attacks, her kill percentage is 70%.

Kill percentage is popular, as it is a primary indicator of who is scoring points for their team.

Coaches can gain a lot of information from how many kills a player is recording.

The “eye test” is often misleading and clouded by biases of many kinds.

Keeping reliable statistics like kill percentage will aid in putting the best players on the court in their best positions.