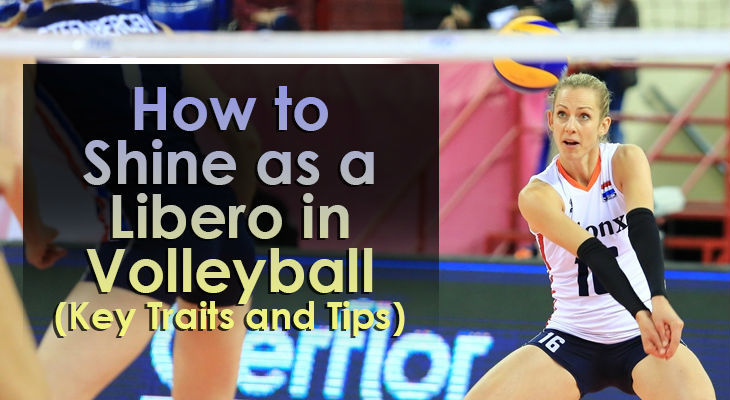 The key to a high-quality volleyball team is having six players on the court who can put each other in the best positions to succeed.

And of all the positions, none are more important than the libero.

The libero position was introduced in 1998 to enhance the quality of game play.

Without them, substitution rules often forced coaches to leave players in the game who were not the most qualified passers or diggers.

The absence of a great passer amongst the back-row players limited the ability of teams to continue a rally, as kills were far easier to come by.

By introducing a libero and allowing limitless substitutions, this gave the coaching staff the flexibility to replace a weak passer with a strong passer and defensive player. 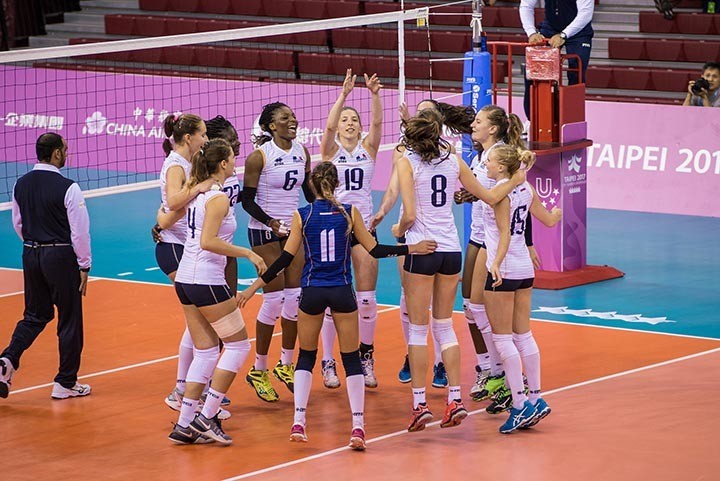 The 6 Key Traits of a Great Libero

A great libero has a variety of traits which make them a special player.

Many of these traits are innate (something a player is born with), while others are skills that can be built upon with proper coaching and mentorship.

The libero is the most diverse position in the sport of volleyball when discussing size.

Traditionally, the libero was a smaller player…

A small profile seemingly lent itself to getting to balls quicker, as the center of gravity was already lower to the ground.

But the thoughts on this have changed as there are many athletes who are tall, yet very quick.

Their long arms allow for reaching a ball that a shorter player may not get to.

Regardless of how big or small the libero is, they must be athletic.

In many games the libero can be seen running, diving, and sliding all over the back row to apply quality defensive pressure to the opponent.

They must be quick from sideline to sideline and also able to get down to and up off the floor quickly as well.

The greatest liberos always know where the ball is going to be hit before it is even struck.

They’ve learnt how to read the opponent and their offensive tendencies to be able to predict their choice of hitting location.

Any advantage gained by anticipating the play before it happens is vital in a fast-paced game like volleyball.

Just like a quarterback in football who has thrown an interception, the libero must be able to forget about mistakes quickly.

While they’re typically an advanced passer and digger, there are plenty of missed opportunities in the volleyball lives of most liberos.

A missed dig must quickly be forgotten as there’s a good possibility that the ball will be coming back in their direction again soon.

The ability to remain confident even when every play doesn’t go as planned is essential to the ongoing success of a quality libero.

The libero is the defensive cog in the wheel that must be alert always.

As they’re not often involved in the offensive play, they must maintain awareness of what’s happening throughout the play.

It can be easy for the libero to be lost until an opposing hitter is making their approach.

The highest-level libero is always involved in the play, whether they’re simply covering a hitter or preparing to play an overpass.

The libero typically becomes the alternate setter if a setter is taken out of the play.

The greatest liberos often excel as setters as well, allowing them to be a quality back up.

The Main Responsibilities of a Libero

The primary responsibility of the libero is to be a superb passer.

On serve receive, the libero is often put in the position most likely to receive the serve.

Therefore, it’s expected that the libero will be able to provide a high-quality pass on serve receive almost every time a ball comes their way.

While this is a high expectation, it’s truly the role of the libero to be able to make a solid pass on a predictable ball.

The best liberos learn to anticipate where the serve is going by analyzing opponent tendencies and evaluating the feet and body of the server.

2. Great Defense in the Back Row

Second, the libero is expected to be an above average defensive back row player.

While the art of the dig involves many other variables than simply good passing, they’re expected to excel in this regard.

The best liberos are somehow always in the path of a kill, allowing them to be properly positioned to dig the ball up off the floor.

A quality dig doesn’t just stop at being in the right place at the right time….

A libero is expected to dig the ball and put it in a place that the setter can effectively run an offensive play.

Finally, as discussed earlier, the libero must be prepared to set at a high level at any given time.

If a setter receives serve or gets caught in a position that they cannot get to the ball, the libero should be able to not only set the ball, but provide a high-quality set to their hitters.

It’s certainly a little unreasonable to expect the libero to be able to run the offense consistently, but they should certainly be prepared to deliver hittable sets as needed.

A top-level setter rarely relies on their libero or any other teammate to bail them out of sets...

But the libero must be prepared for the opportunity, whenever it arises. 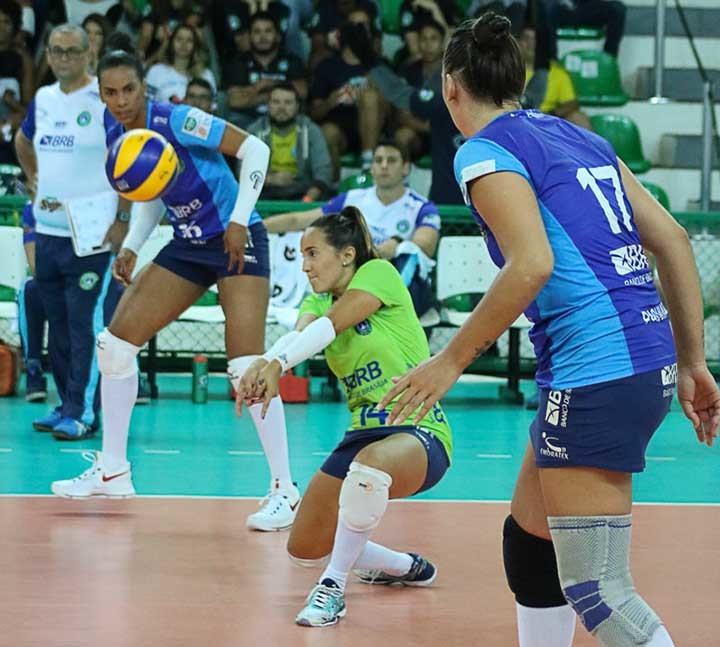 6 Important Tips for a Libero

The breakdown of the role of libero seems straightforward:

However, there’s always more that they can do to improve and help the team.

1. Be a Perfect Passer

The libero should expect themselves to make perfect passes on all predictable balls.

During games, they’ll spend a majority of their time covering a lot of territory on serve receive, and they’re expected to be able to make the best pass to get the offense started.

The libero is brought onto the court for two things:

Most digs require contact with the floor in one way or another. It’s imperative that the libero not only be able to get down to the floor to dig balls, but be able to get up quickly as well.

Practicing passing and digging up hits is imperative.

Practicing getting down to the floor and up quickly is also vital.

All the technique in the world can’t ensure a good pass if the libero isn’t in the right position to take a ball.

Whether it’s the serve receive or preparing to dig a hit, the libero should always be thinking about angles.

A lot of this is learned over time with playing experience, but learning play diagrams and tendencies helps immensely as well.

Side to side quickness is a skill set that must be practiced consistently.

No other player on the floor, aside from the setter, covers as much ground as the libero.

The ability to stay in good position while moving quickly will make your role as a libero in volleyball much easier!

“Selfishness” and volleyball are very rarely found in the same sentence...

But a great libero should be selfishly determined to get to every passable ball on the floor.

They’re the go to passer and should never defer to another player unless they are absolutely in a better position to make a pass.

The best libero wants the opportunity to prove their worth as a passer and expects to use each serve receive as their moment to shine.

6. Be Aware of the Setter

It’s imperative that the libero is aware of where the setter is at all times.

As we’ve talked about throughout this article, the libero is expected to take the setter role if for some reason the setter cannot get in the play.

While the setter should be communicating anytime they are out of the play, they should be aware of their situation as well and be ready to set both physically and mentally.

The best libero knows the offense well and is capable of setting within the game plan when called upon during the rally.

The libero in volleyball provides consistency and reliability from the back row.

The position was created to keep rallies going with high level passing, so it’s essential that you’re able to make great passes and dig balls headed for the floor.

Other than that, remember that you don’t need to be either tall or short to be a great libero…

But you must be athletic.

Quickness and agility are the overwhelmingly strong qualities of a high-level libero.