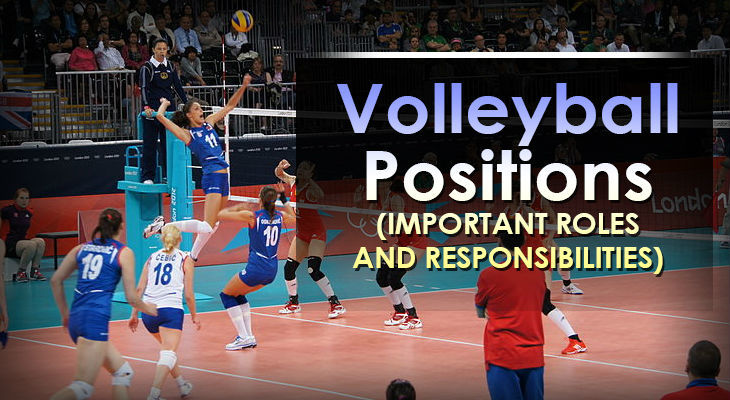 Since the creation of volleyball some time in the late 19th to early 20th century, the sport has evolved many times over to become what it is today.

Volleyball quickly spread throughout the world and is now an internationally popular sport.

While there are many variations of the sport, the most widely popular amongst leagues and schools is the 6-person team version.

A typical volleyball team has at least 12 players to facilitate practice, but only six players can be on the court at any given time.

Each of these six volleyball positions has different roles they must play on the court.

When all players fulfil their role, a beautiful sequence of skilled volleyball play unfolds. 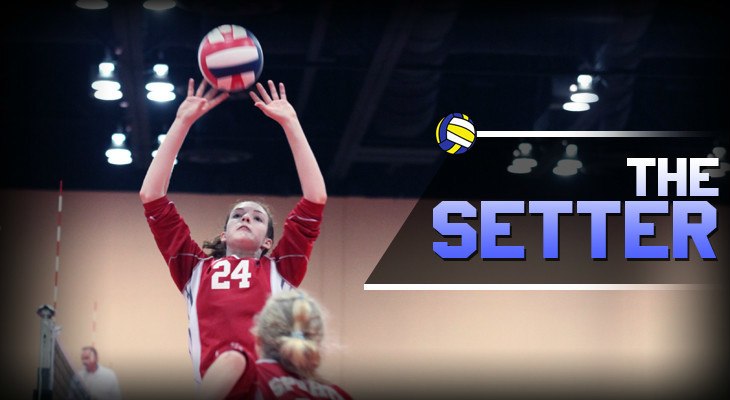 The setter is the player who sets the tone for the attacking side of net.

They are often compared with a basketball point guard or the American football quarterback – the one who ‘runs the show’.

There are different styles of volleyball that allow for multiple setters to play at the same time, but usually one setter is used throughout the match.

The setter position requires a detailed knowledge of all the positions as this player must be aware of the rest of the team at all times and understand their intentions offensively.

The key role the setter plays is to set up the attacking positions and give them a good opportunity to ground the ball on the opposing side of the net. But they can also attack when their rotation is in front of the three-meter line.

It is vital that the setter is versatile enough to play the agile role of getting around the court quickly and the athletic role of a hitter or blocker.

In professional volleyball, the setter is often one of the highest paid on the team due to their involvement in virtually every play throughout a match.

At the end of the day, it is responsibility of the setter to provide the hitters with a ball that is easy to hit into an open area of the opponent’s court. 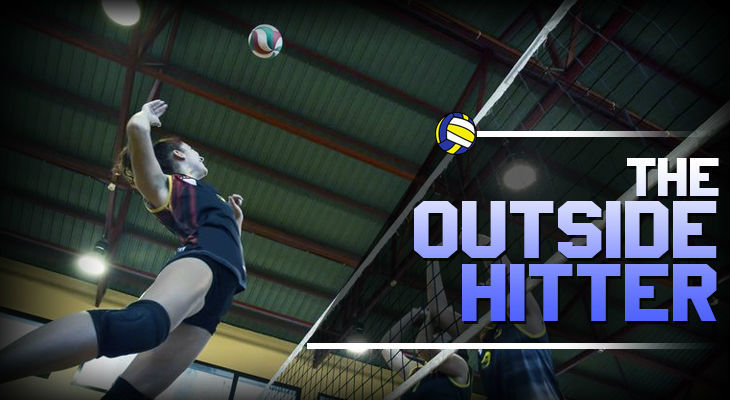 The outside hitters also have a versatile role as they’re expected to attack and be solid passers defensively.

They will usually have a prominent role in serve receive, meaning they must be able to accurately pass a received serve to the awaiting setter.

An accurate pass is vital to good offense, as the setter will have the opportunity to place the set in a place the hitter is most effective.

When in the back row, an outside hitter will typically be responsible for any back-row attacks when the ball is set behind the three-meter line.

When aligned in the front row of the rotation, an outside hitter receives a lot of sets in transition because it is the easiest and most available set to make.

Outside hitters often have a large volume of swings and kills compared to the other attacking positions.

If an outside hitter is in the rotation as a front row player, they will typically assume a position to the left of the net (when facing the net).

However, some outside hitters play from the right side.

Not to be confused with an opposite hitter, this position is often called a 'wing spiker'.

A right-side hitter must be adept at both attacking and defense, as they are responsible for serve receive and the right back position when not on the front-row.

They also will play an attacking role from behind the three-meter line when called upon.

The most recognizable difference is that a right-side hitter will typically assume a position to the right of the net when in the front row.

Defensively, the outside hitter blocks against the opponent’s opposite hitter when in the front row.

Often, with a two-man blocking scheme, the outside hitter will set the edge while the middle blocker comes over to help block.

In the back row, the outside hitter will often play defense against a hit coming from across the court at an angle that has been tipped by a blocker.

An outside hitter is also expected to ‘cover’ other hitters in the event a ball is blocked and comes directly back over the net.

Another player similar to the outside hitter plays on the other end of the net – the opposite. 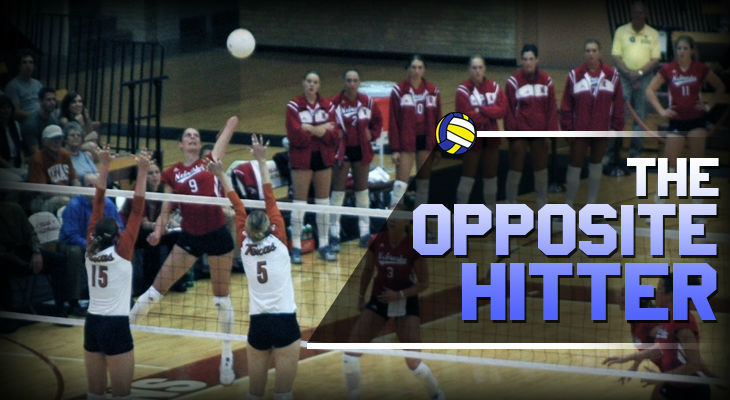 The opposite hitter gets its name from the positioning ‘opposite’ the setter in the rotation.

This positioning makes the opposite theoretically the second most important of the volleyball positions after the setter.

An opposite will often fill in for the setter if the setter is out of position or cannot set due to being the passer.

Typically, the opposite will align to the right of the net and play right back when in the back row.

While in the front row, the opposite does not receive serve so they become vital to the attack on a high percentage of plays on serve receive defense.

The value of the opposite is also shown defensively due to their alignment across from the opponent’s outside hitter.

Given the percentage of sets an outside hitter receives, the opposite spends a lot of time setting the block.

When the opposite finds themselves in a blocking situation, setting the outside of the block while the middle comes over to help on two-person blocks is their main role.

The opposite is often called to move inside to assist the middle blocker with a block against the opponent’s middle.

The opposite is a vital front-line player that spends a lot of time communicating with the team what is happening on the other side of the net, before the service, to ensure everyone is prepared.

The opposite and the middle blocker typically have a good rapport, as a lot of time is spent together coordinating blocks. 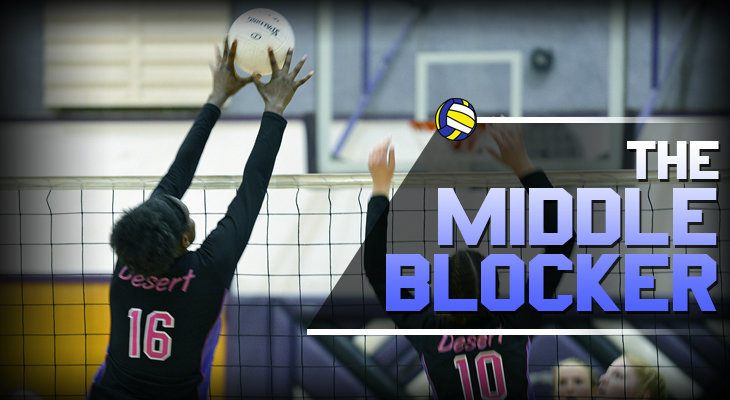 Often the tallest player on the court, the middle blocker plays one of the most important volleyball positions – blocking.

The middle blocker, commonly shortened to be called “the middle”, does play a role on the offensive attack as well.

With a perfect pass, the setter can provide a quick set just above the net that the middle can strike down quickly to catch the opponent off guard.

Some plays also allow the middle to slide to the outside and hit quickly, confusing the opposing team’s blocking strategy.

The typically taller middle gains a significant advantage when given the opportunity to hit against the outside or opposite hitter of the opponent.

While offense does come from the middle position, they play a vital role in the defensive scheme during a match.

Defensively, the middle spends much of their time moving back and forth along the net combining with hitters to block.

The size of the middle allows for covering a large portion of the net, allowing the hitters to stay outside toward the antennas to be prepared for attacks on the edge.

Often, when blocking in the middle, the opposite hitter will come over to help the middle if time permits.

Typically, the middle only plays in the front row rotation and is substituted when entering the back row with a more agile, defensively minded player like the libero or defensive specialist.

The Libero and Defensive Specialist 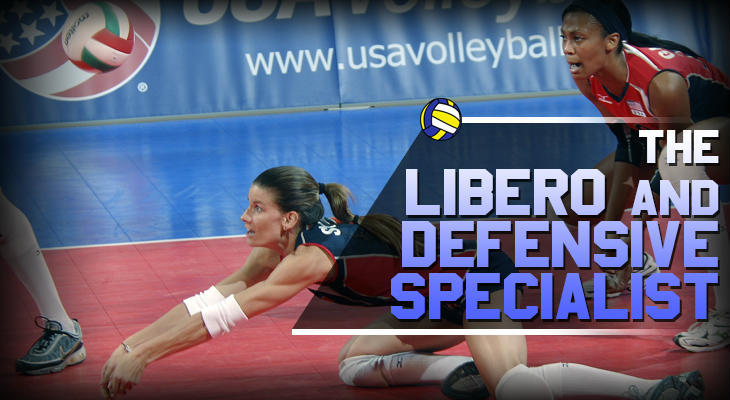 The libero and defensive specialist play very similar roles on a volleyball team.

Both positions are known as agile, smart defenders with excellent passing skills.

These players are called upon to provide superb passes to the setter, allowing for an effective attack.

Often, these players are put in positions to ensure they have a high chance of receiving serve, to allow the hitters to be fully prepared to attack.

There are some notable differences between the two positions, primarily based on the rules they must follow.

A libero, which is a fairly new position to the sport, is obviously unique as their jersey is a different color than the rest of the team.

This allows for them to be easily recognized as they are allowed to enter the court freely between plays, without following typical substitution policy.

The libero can only play in the back row.

They are most often called upon to replace the middle blocker(s), who substitutes out when entering the back-row rotation.

Outside of some leagues in the United States (notably NCAA or college level women’s volleyball), the libero cannot serve the ball.

Once a libero is chosen for a match, they must remain the libero for the entirety of that match (or tournament) and can only be replaced due to an injury.

The libero is expected to be adept at passing, and even setting the ball if the setter is out of the play.

They also find themselves frequently in the position of digging the ball defensively and are expected to be skilled at positioning to make good digs.

A libero is often seen quickly moving around the back row during a defensive play, anticipating a variety of attacks from the opponent.

The defensive specialist is aptly named, as they are typically known for their skills at passing and digging the opponent’s attack.

While playing a very similar role to the libero, the defensive specialist must follow substitution protocol.

A defensive specialist can serve, unlike the libero, and generally plays the full back row rotation before substituting for a front-row player.

Both positions are utilized as replacements for less defensively skilled players, allowing for better ball control and thus a better offense.

Each of the volleyball positions play an important role in creating a cohesive, successful attack and defense.

They all have a role and understanding how that role impacts the whole creates the ability to react quickly to the demands of the game.

All players must be aware of their role and the part they play in each sequence.

Volleyball provides an opportunity for players of all shapes and sizes to play a part during a match.

There is a position for everyone making volleyball a great team sport.

[…] this level, athletes are often quite good at their positions and frequently kill rallies […]

[…] They must be physically, mentally, and naturally gifted to be highly successful at this volleyball position.  […]