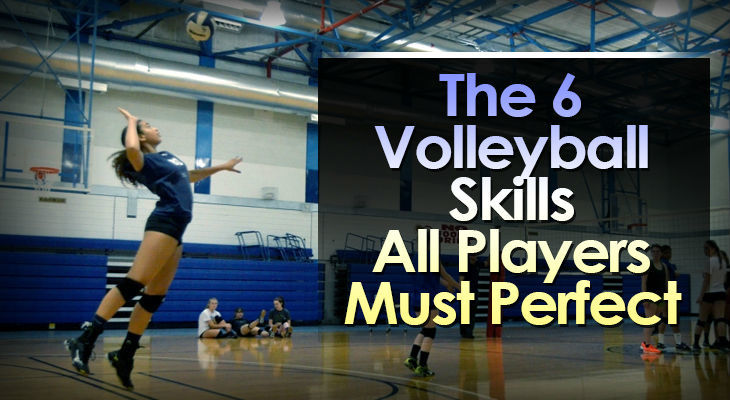 The 6 Volleyball Skills All Players Must Perfect

Volleyball is a sport of a few skills.

It doesn’t have complicated plays like American football or require the brute strength of rugby. Nor does it demand elite endurance like soccer or the hand eye coordination of cricket.

But it does require that you perfect 6 basic skills to ensure you’re competitive.

If you spend a lot of time working on these six basic volleyball skills, it will allow you to be a well-rounded and highly effective player.

Let’s look at these 6 skills individually with some thoughts about what makes each one important to the overall game of volleyball.

Blocking is a skill of timing, coordination, and verticality.

A blocker must get in front of the impending path of the ball and be high enough to effectively put the ball back into the opponent’s court.

Blocking is a skill that should be learned over time, with the more advanced techniques built in as the basic skills are perfected.

Beginners, for example, might spend time only blocking balls that are set very close to the net. This will allow for some success without the tendency to reach too far over the net and commit net violations.

From there, multiple blocker schemes can be incorporated.

It is important to note that multiple blockers are not required until the level of skill from the opponent dictates it.

Blocking is one of the more challenging skills, as even elite blockers have a low success rate over time. The game is designed to favor the hitter and becoming a high-level blocker takes years of experience.

It’s almost as much about knowing who, how, and when to block as it is having the physical skills to perform a block.

Perfecting this skill is hard, but is a requirement of those wishing to be a successful volleyball player. 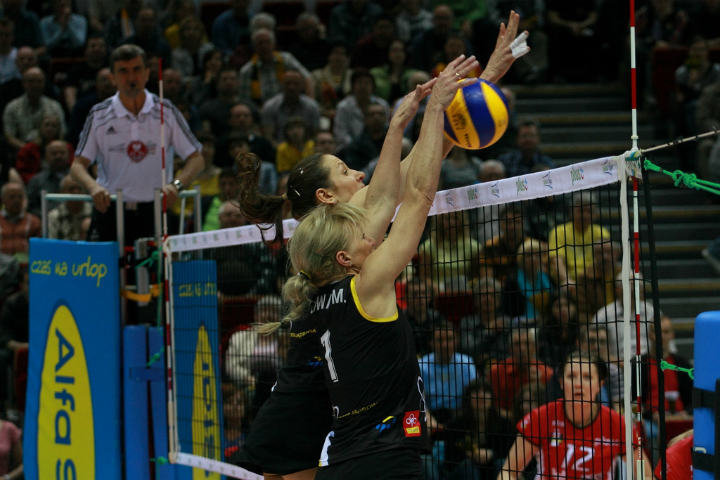 Depending on your competition, returning a serve can feel a lot like digging.

However, it’s most often known as passing.

Perfecting the pass is vital to any volleyball player and volleyball team’s success.

Being a good passing team is critical as it will allow your team to get a good offensive play to side out your opponent.

Ideally, all back-row players will be excellent passers and all players seeing playing time should be good passers.

This will allow for flexibility in your offense, enabling your team to play any style necessary to win the set and match.

Another low success percentage skill that requires much experience to perfect is digging.

Digging, like blocking, is a skill that requires both sound technique and the ability to understand where to be and when to be there.

A skilled digger knows where they should be on the court at any given time based on the team’s defensive strategies and where the ball is on the opponent’s side of the net.

While volleyball is often seen as a game of rhythm, there are often moments of chaos when the ball just ends up where you would least expect it...

A good defensive player is willing to try and dig any ball, even it seems impossible to get to.

Like blocking, the more a player attempts to dig, the more successful they will become. 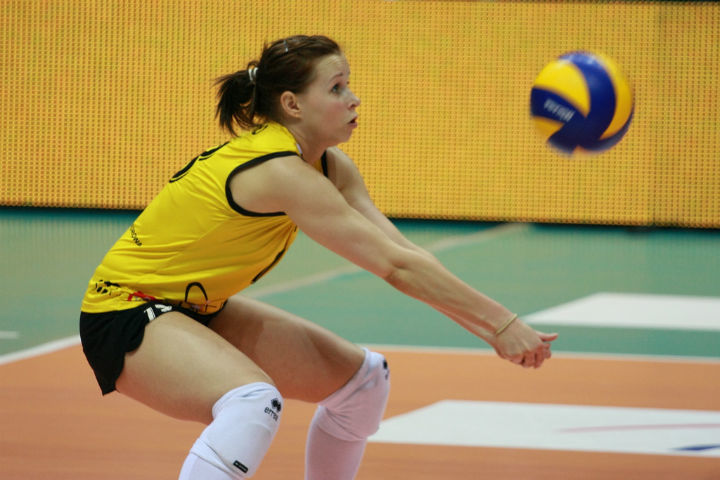 Serving is an individual skill.

It’s just you and the ball - no one else.

If a volleyball player can’t serve well, they shouldn’t be on the court.

And while serving looks fairly basic at first glance, it’s actually quite detailed and difficult.

The server, along with the coach at times, is responsible for deciding how to serve and where to serve the ball to against the opposition.

The level of aggression in a serve can be dictated by many factors inside of the game:

Serving is not just a physical skill to perfect, but requires the development of game flow knowledge as well.

The attack is one of the most frequent plays leading to a score in volleyball.

Development of the spiking skills includes not just hitting balls in, but the ability to adapt to different hitting situations.

If a set is not quite perfect or a block is in front of a hitter unexpectedly, a player is still expected to spike the ball into the opponent court.

A great spiker can put virtually any ball, anywhere they want on the opposite court.

Perfecting the skill of spiking does not just include repetitive hitting, but hitting balls of varying quality sets. 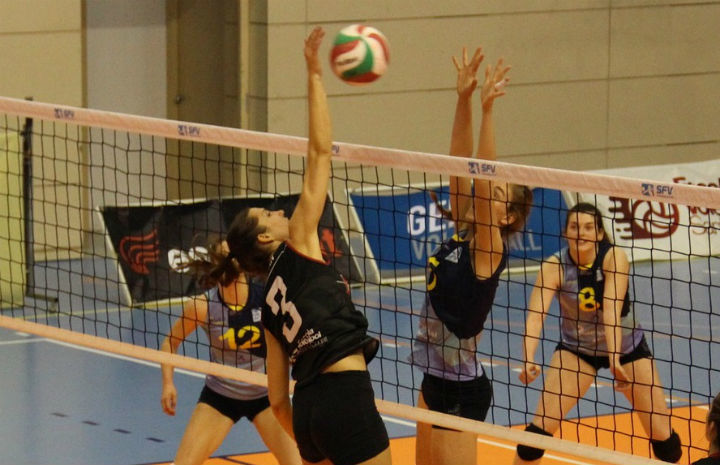 If there is any one of the volleyball skills that requires absolute perfection, it’s setting.

The setter takes on the role of a leader during any set or match.

A setter must be absolutely confident in his or her ability to set, simply because there are so many other things a setter must worry about throughout a match like calling plays and being aware of the flow of the game.

This amount of mental taxing means perfecting the art of setting as a skill is required.

Perfecting the skill of setting is also required because you never know where you may need to set the ball...

If one player is not hitting well, you will need to set someone else.

If a setter is not capable of setting but one position, then the game plan could quickly fall apart.

Also, all players on the court should be adept at setting, in the event the setter cannot set a ball for whatever reason.

Which is why setting is a skill that all players, not just the setter, should work to perfect.

While there may not be a long list of volleyball skills to be learned or perfected in our sport, each player is responsible to be functional at all skills.

Volleyball is a rare sport where athletic talent can be overcome by skilled teams.

Work to perfect each of these six volleyball skills to ensure you are the best player on the court.